Posted on July 22, 2012 by grenfellactiongroup

We’ve been hearing whispers suggesting there may be signs of possible movement on the windows issue.  It seems that the Cllr Coleridge and the TMO are looking hard for a solution (ie money). At the community forum last week they even floated some rough costings for new windows in Verity Close somewhere in the region of £250,000.

We in turn did our own number crunching, based on an estimate of the number of windows involved, and calculated that the TMO figure breaks down to somewhere around £800 per window. This ignores the fact that a number of properties in Verity are leasehold, and one or two may even be freehold, so the TMO would not be liable for the costs of improvements to these properties. It also ignores the fact that several of the leasehold properties have already been double-glazed by the owners. 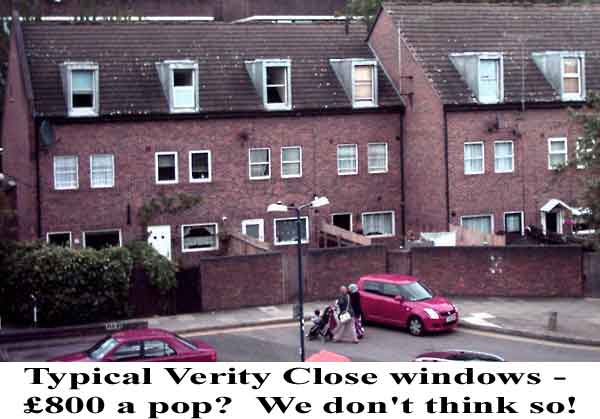 We think £800 per window sounds more than a little on the high side, and we are wondering why the TMO can’t secure a contract for these works at a more favorable price. We know that they have already double-glazed most, if not all, of the housing stock in the rest of the borough under the Decent Homes programme, carefully avoiding Lancaster West, of course, and we are wondering how much more public money they may have already wasted on contracts for similar works in recent years.

Indeed, if their previous claims of poverty are based on these kind of costings it’s no wonder Cllr Coleridge and the TMO have been stonewalling us until now, and they may yet still decide that the works are unaffordable. It would be a real scandal if they continued to withold these emergency improvements because their own surveyors and contract managers have badly miscalculated the costs, and failed to negotiate contracts at competitive rates. 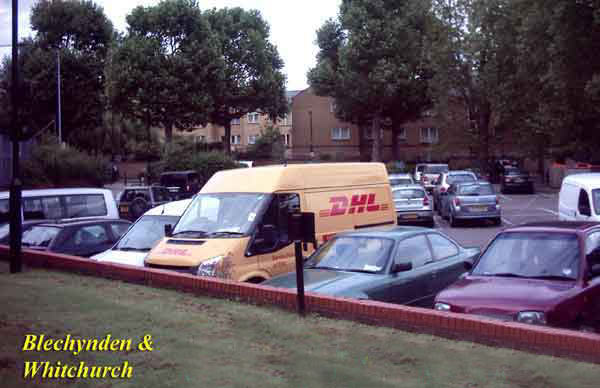 Furthermore, it would be an even bigger scandal if they capitulated to us, because of the amount of NOISE we’ve been making, but continued to ignore the plight of the most vulnerable, in Blechynden and Whitchurch. There are still no indications that they are actively considering new windows for any other properties, and we are thinking that if they weren’t about to waste so much money paying twice what they ought to per window, maybe the £250,000 would stretch a lot further.

The Grenfell Action Group has never sought to win concessions for our own members at the expense of any other group, and we would would certainly not wish to see the old and infirm of Blechynden and Whitchurch excluded from any settlement because they lacked the wherewithal to agitate as we do. Our campaign is not about winning concessions for ourselves. It is about achieving social justice for all.

Whatever the outcome for Verity Close, we will continue to campaign on this issue, in the interests of all who need improved sound insulation, especially the residents of Blechynden and Whitchurch, but also those affected in Barandon and Grenfell Walks too.