Posted on October 5, 2012 by grenfellactiongroup 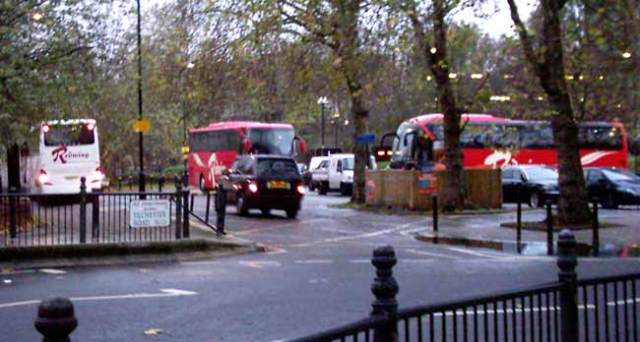 If you are checking back looking for recent updates, and are hoping that we haven’t given up the ghost – rest assured we haven’t. We do, however, need a little space to recover from the body blow that we suffered last week with the approval of the planning application, and perhaps not surprisingly, we’ve had some issues with illnes in our editorial team. Despite this we are still working away behind the scenes preparing our next moves in the face of this appalling decision.

More news on that coming soon.

In the meantime here’s a wee snippet, just to keep you amused, from the revised transport assessment submitted as part of the planning application.

The picture above, obviously, shows three of these WEE SMALL MINIBUSES waiting in the main carpark on a typical schoolday. Unfortunately, on this occasion the WEE SMALL MINIBUSES all showed up at the same time (oops), all parked up to await the return of their respective school parties (oops again), and all appeared to be victims of the obesity epidemic we have all read so much about in the news lately (big oops).

Wouldn’t it just be a crying shame if they had got this little detail completely wrong –  about the WEE SMALL MINIBUSES?