The Stairs of Shame and other abuses…………

Posted on August 13, 2014 by grenfellactiongroup 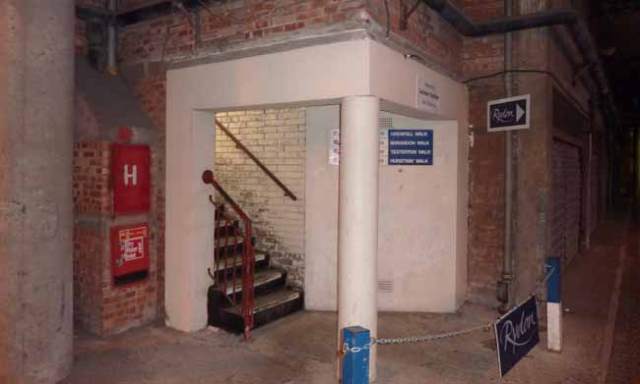 It is maybe worth reflecting that if Grenfell Tower and the wider Lancaster West Estate was a child then it would have been taken into care by the Local Authority a long time ago for the abuses that it has received from those with responsibility for it’s well-being.

Unfortunately for the residents of Lancaster West Estate it is the Local Authority itself that has been at the forefront of carrying out the abuse of our community, notably Royal Borough of Kensington and Chelsea Councillors from both the Conservative and Labour Groups, RBKC Officers and their quislings at the TMO, Leadbitter and Rydons.

We believe that those responsible for treating our community with such contempt should hold their heads in deep shame and the Grenfell Action Group will keep highlighting and fighting these abuses to our community until we expose this ill-treatment and receive justice for residents.

Current abuses against those living in Grenfell Tower and it’s environs are multiple and are causing deep upset among local residents. The TMO and their most recent lackeys Rydons still refuse to allow tenants and leaseholders in Grenfell Tower to form any kind of Resident Group to help us through the Grenfell Tower improvement works and seem intent on pursuing a policy of “divide and rule”.

This leaves residents without any power or influence and we believe that the TMO’s refusal to allow us a legitimate voice in the Grenfell Tower improvement works is totally oppressive and shows that the organisation has completely lost it’s moral compass and operates as some kind of mini Mafia. We should remember that this is the same TMO who have decided to stop consulting residents on Lancaster West Estate and who believe that they can act as they choose and with impunity. The recent closure of the EMB Community Rooms, without any consultation with local people, is a case in point and shows just how abusive, high-handed and un-democratic the TMO have become.

In addition, residents are very upset that the TMO and Rydons believe that they can treat us like cattle and simply herd us around Lancaster West by closing off our “rights of way” without providing any alternative routes. At present, if you happen to be a mother with pushchairs and children, a community elder, disabled or infirm and you cannot negotiate four flights of stairs (pictured above) then the TMO believe they have the right to force us on a half mile detour. We believe that this treatment of the vulnerable within our community is both illegal under Disability Legislation and is highly dis-respectful and immoral.

Residents are also upset that the Kensington Aldridge Academy (KAA) constructors’, Leadbitter, continue to abuse their planning regulation obligations by working before 8.00am and after 6.00pm and ignoring a ban on Saturday afternoon and Sunday working hours. They are reaping what they sow as it looks like the KAA project is well behind schedule and that children starting at the new Academy in September are going to be taught in a half finished building despite the promises made that the works would be completed on time.

Finally, residents have complained that the TMO have recently removed bicycles that were legitimately chained up outside the front of Grenfell Tower without warning and are not coming forward to recompense tenants whose transport was taken without authority.

We know that we cannot rely on our locally elected Notting Dale Labour Councillors to assist us with any of the above matters as we believe that they have an agenda towards residents of Grenfell Tower that supports punishing our community for the temerity of standing up for our rights and having the nerve to question the motives of those Labour Councillors with power in Hornton St.

Any changes will have to come from the actions of residents and we give fair warning to the RBKC Council, TMO and their quislings that when we push back it will be with far reaching consequences!

This entry was posted in Uncategorized and tagged Grenfell Tower, Royal Borough of Kensington and Chelsea, rydons, tenant management organisation, TMO. Bookmark the permalink.
%d bloggers like this: