A NIGHT AT THE OPERA

Posted on January 5, 2015 by grenfellactiongroup 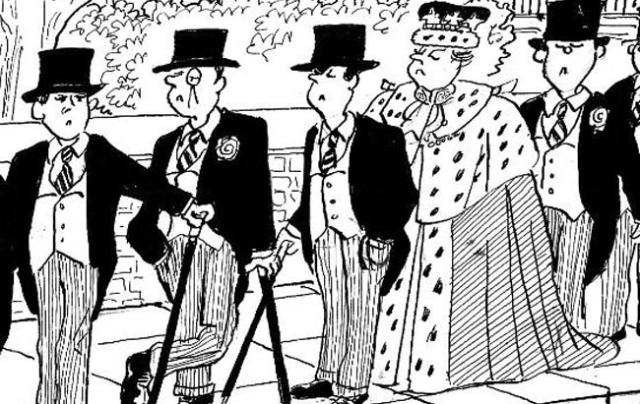 The Grenfell Action Group does not always enjoy a harmonious relationship with the RBKC Labour Group. In fact quite the contrary as we are often severely critical of them. However, we would like to draw the attention of our readers to a most excellent blog recently posted by the Labour Group’s Leader, Councillor Emma Dent Coad, whose indulgence we beg for reproducing a sizable portion of her blog without first seeking her permission.

The blog highlights very well the machiavellian behaviour of the neo-cons in Hornton St who clearly believe that funding Holland Park Opera is more important than providing vital services for the vulnerable and excluded in this most rotten of boroughs.

THE FOLLOWING, FROM COUNCILLOR DENT COAD’S BLOG, SHOULD SHAME THOSE RESPONSIBLE AND HORRIFY ANY RIGHT THINKING PERSON:

“The ‘richest borough in the universe’ is CUTTING £150,000 from its homelessness prevention scheme this year.

Yes, the Council that can justify handing over, no strings attached, £5m to a loss-making business, Opera Holland Park, that some say has cost us cc£20m since inception – a ‘business’ that loses up to £125,000 per week on its eight-week summer run – is CUTTING the price of a week of opera (if you add in the cost of renting the location at Holland House, which is given free), for a year of homelessness prevention.

As we go about our rounds, we find the message of financial incompetence and tortured priorities by the Council is getting through. So, for the sake of absolute clarity and accuracy, here are some figures to feed your outrage this wintry season. So, when you are wondering how a civilised society and ‘fabulously’ rich Council can walk by someone sleeping on a pavement in below-zero temperatures, this is how:

‘SQUEEZING THE VULNERABLE TO FUND INDULGENCE’

Any organisation that has been run inefficiently for years can make savings through better planning and tightening up on costs.

But RBKC has taken this to a new level. While bleating ‘austerity’ and ‘tough decisions’ they have cut back on services, particularly focussed on the most vulnerable who cannot speak for themselves.

And yet, most of this is simply unnecessary. Here’s why. Below you will see a table of government funding cuts to RBKC since 2010 (cuts = savings). In the third column is the total of UNDERSPENDING across the Council in the same year. All these sums have been taken from the Council’s own documentation:

A large chunk of the underspends every year are put into the Capital Reserve, to fund major projects such as the cc£100m Holland Park School.

The ‘usable Reserves’ from which capital and other projects are funded look like this:

You would think that having large Reserves means you would get some interest on that to ‘soften the blow’ of savings; in fact Council policy states precisely that. You would be wrong.

These Reserves are kept almost entirely in the Debt Management Office (very safe but can be accessed quickly), whose return on investments is .25%pa. Given that inflation has been cc2.5%, the loss on say £100m of these Reserves (the sum the Council states they have not earmarked for capital projects) is cc£4-5m/yr. So we are actually LOSING money. If that £100m was invested, we could GAIN cc£4-5m/yr. So you could say that we are forgoing cc£10m/yr.

Here are some more ‘priorities’:

As you can see for yourself, ‘tough decisions’ are in truth IDEOLOGICAL.

If the Tories get into government again and are allowed to kick off their destructive ‘deficit balancing’ budget, make no mistake, people will die.

Which is why, given that RBKC is a microcosm of all that is very wrong in the country at present, we need to understand how our Tories in RBKC make their decisions, where the money is, and just how the process is driven by wrong-headedness, incompetence and ideology.”

We will be writing to Emma Dent Coad to ask what the RBKC Labour Party actually intends to do to try and change the fact that RBKC Tory Councillors find it acceptable to put £5 million into Holland Park Opera while cutting vital services.

It is our genuine and heartfelt wish that the RBKC Labour Group demonstrate more fight and resistance in opposition, and we challenge them to organise a protest outside the opening night of Holland Park Opera, on June 2nd 2015, so that residents can show their disgust that subsidising art for the more privileged is considered more important in RBKC than providing for the basic human needs of the Borough’s most vulnerable.

It is high time that RBKC Labour stood up to be counted, and their response to our request to organise a protest will tell us all we need to know about their true will to resist the warped values and despicable behaviour of the ruling tories!