NOTTING HILL HOUSING TRUST DOES THE DIRTY IN NORTH LONDON

Posted on March 5, 2015 by grenfellactiongroup 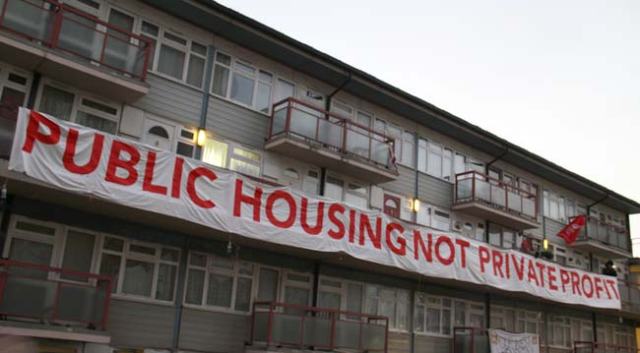 We shouldn’t have to comment on the particular role of the Notting Hill Housing Trust in the despicable behaviour detailed below. However, we can’t help but wonder whatever happened to the humane origins of these so-called ‘ housing trusts’ which usually owe their origins to benevolent endowments from rich patrons (eg Peabody, Guinness, Rowntree etc) in the early part of the 20th century, who provided generously for the housing needs of the poor and underprivileged of the time. Their high principles were intended to govern the ‘trusts’ they created in perpetuity but have now clearly been abandoned, in the name of greed, and the mad dash for profits, and to the great detriment of their tenants who are surely entitled to expect far better treatment fom these landlords. Here is how the hypocrites at Notting Hill Housing Trust describe themselves in their online propaganda:

Tucked away off Friern Barnet Lane, Sweets Way Estate housed in the region of 160+ households. Most housed via the council with a smaller number renting privately. The land and estate, owned by the MOD and originally intended to house military personnel, is to be sold.

Notting Hill Housing Trust is deeply implicated in this, having struck a lucrative deal with Barnet Council for the disposal of these properties. It is noteworthy that Notting Hill Housing are also partnered, south of the river, with Southwark Council in the so-called regeneration of the Aylesbury Estate, another flashpoint in the war against the social cleansing of London.

Begun on 9th February and due to be completed by 23rd February, the lightning set of evictions and property clearances at Sweets Way are leaving displaced families in chaos and confusion. They are being offered mostly temporary emergency housing, but not in Barnet. Relocations have reportedly included areas like Enfield, Waltham Forest, Westminster, Essex and Luton.

A number of residents are Kurdish and Turkish refugees who have already suffered considerable trauma. Many of the children from Sweets Way estate now have to consider whether to change schools, or spend hours on public transport to reach their schools and friends in Barnet.

Families have lost almost all their belongings because they have nowhere, and no money, to store them. From a 2 or 3 bedroom home to a single room in a hostel leaves little room for any furniture, or household essentials like washing machines, fridges, cookers etc.

Residents reported that Barnet council had allowed families to keep their furniture and valuables in the homes after their evictions, so they could find storage space, but the properties were then looted and the stored items stolen.

Families are expected to wait until their eviction before they approach the council for rehousing, to find out what type of accommodation will be available for them, leaving them in extremely precarious stressful circumstances with no assurances of adequate help.

This is of course a London wide problem for residents – not solely a local problem in the Tory borough of Barnet – as property prices continue to rise and ‘land grabs’ continue, to build more expensive and profitable private housing.

We strongly  suggest you read more about this in the Guardian via the link below and watch the Sweets Way activists own video via the second link:

Readers might also like to check out the highly recommended Wikipedia entry for Notting Hill Housing Trust, which powerfully articulates the corruption of such housing trusts, which invariably begin with noble humane ideals, providing affordable housing for the poor and underprivileged, but inevitably become corrupted, growing into corporate monsters indistinguishable from the many other predatory corporations that rule the neo-con jungle.

Notting Hill Housing Trust is now the enemy of both these embattled communities, and appears to have completely betrayed its founding principles to become instead just another corporate predator and an Enemy Of The People!