THE WESTWAY TRUST AND THE ‘GENTRIFICATION’ OF PORTOBELLO

Posted on April 6, 2015 by grenfellactiongroup 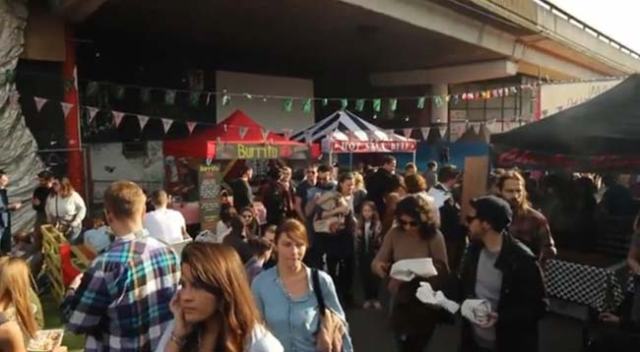 Walking down Portobello Road you might be be forgiven for thinking you’ve entered a post-apocalyptic ghost town. Britain’s post-industrial decline is reflected in the struggle the high street faces to survive – shops boarded up, market traders dwindling. You’d be lucky to see anyone, let alone a tourist. The tumbleweed is most obviously felt in the walk between Ladbroke Grove and the skeleton that remains of the canopy where a clothes market used to be.

This description may seem bizarre for anyone from the Grenfell Action Group who has not been there recently, given that Portobello is one of the UK’s most recognisable market streets, and one of the busiest places in all of London on a Saturday. The canopy under the shadow of the Westway hosts one of the most famous street markets in the world, let alone London, and is a point of reference for many visitors and locals alike.

So it may come as a surprise that this down-and-out area was honoured with a facelift grant by the Mayor’s high street fund that is worth around £140,000 for the Westway Trust’s redevelopment of the heart of the market. Obviously this place needed it 10 times more than some of London’s lesser crumbling high streets like Eltham High Street that were awarded the grand sum of £14,000.

The proposal’s piece-de-resistance is a lego type building replacing the canopy. It will have a beautiful roof terrace from which cocktail drinkers will have the privilege of breathing in the fresh Westway air the Trust has been so transparent about in the past. This is all part of a masterfully thought out Destination Westway project that seeks to make this already bustling tourist hotspot and busy leisure centre into one of London’s top 10 destinations.

When the local area was smashed through to build the Westway, the local community responded by setting up the Westway Trust’s predecessor, the North Kensington Amenity Trust, with the aim of getting this long trampled corner of London into tourist guides as quickly as possible. So it’s refreshing to know that the Trust is hard at work fulfilling its mandate and busying itself to make the Westway a tourist hotspot bit-by-bit, trying its best to rid us of the unsightly stables that and their only-locals-ride policy, and local businesses like Universal Garage that were well known in their refusal to fix visitors’ cars.

Also good to know they’ve got a couple of tourists in to do the work, as no one could possibly trust a local person to run the Westway Trust. One Property Man fresh from crossing the borough boundary where he advised Westminster’s housing renewal scheme, which recently earned a proud ‘social cleansing’ badge from that council’s opposition as it came to light the ingenious scheme involved the relocation of its poorest residents to Barking and Dagenham, Redbridge, Enfield and Newham.

Now that really is living up to his official Trust biography of a ‘proven track record of negotiating and delivering complex regeneration projects’.

And of course, let’s not forget the new chief executive, Angela McConville, who is busy maintaining a neutral stance on all matters political – not being spotted stepping out of restaurants with top council members, nor enjoying architecture tours outside of the borough hosted by top council brass, and definitely not singing the praises of staunch MIPIM members, remember those nice fellows that affectionately refer to homes as ‘stock’.

It is truly a staggering achievement for someone so disconnected from the Mayor’s political circles to succeed in steering this needy project towards a sum ten times the worth of Eltham’s high street fund.

Well at least this success is reassuring of the fact that the future of North Kensington’s venerable community trust is in good hands – just as the original founders intended it to be – for example on working trips to Rotterdam, because that is where it would appear that local residents’ views are heard loudest. 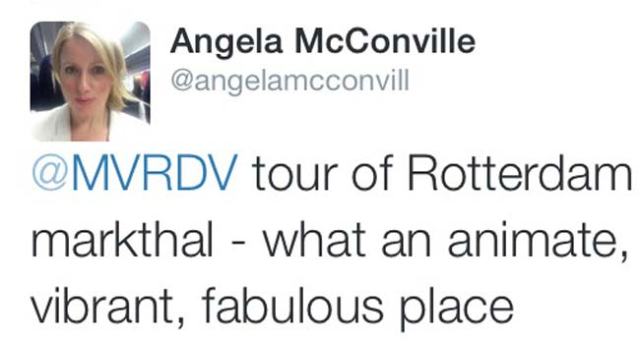 A local action group has been formed in response to these perceived threats to the Portobello area community, representing the interests of both residents and small businesses, including local market traders. It’s called ‘WESTWAY 23’ and its next meeting is scheduled for:

at The Flyover, 3-5 Thorpe Close

Looking forward to seeing you all there if you are able to make it.