MOCK THE OPERA – A QUALIFIED SUCCESS!

Posted on June 8, 2015 by grenfellactiongroup

The Mock The Opera demonstration last week was a successful peaceful demonstration against the hypocrisy of Kensington & Chelsea Council in making savage cuts to vital social services while continuing to subsidise the Holland Park Opera – this year with a donation 0f £5 million.

The demonstration was organised and supported by the Grenfell Action Group, Westway23, Westway Stables, Portobello Cafe Society, Save Earl’s Court Supporters Club, Radical Housing Network and Unite Community, and it made the front page of the local paper – The Gazette. It was also featured, with accompanying picture gallery, in the online version at:

The march began outside the Westway Trust in Ladbroke Grove. Marchers then processed along Ladbroke Grove via Kensington Park Road and Notting Hill Gate to Holland Park where they gathered round the entrance to the Opera venue. The atmosphere was pleasant and jovial. Leaflets were distributed to members of the audience arriving for the opera performance, many of whom expressed surprise and shock on learning of the savage cuts being implemented to vital social sevices in Kensington and Chelsea

Unsurprisingly a spokesman for the Royal Borough said the protest was “confused and ill-informed” and that there was “no relationship between services and the opera season”.

We believe the many pictures taken of this event, mostly by Claire Simmonds, tell the real story of this event far better than these few meagre words could ever do. We present a small selection below and you can see many more via this link, courtesy of Demotix: 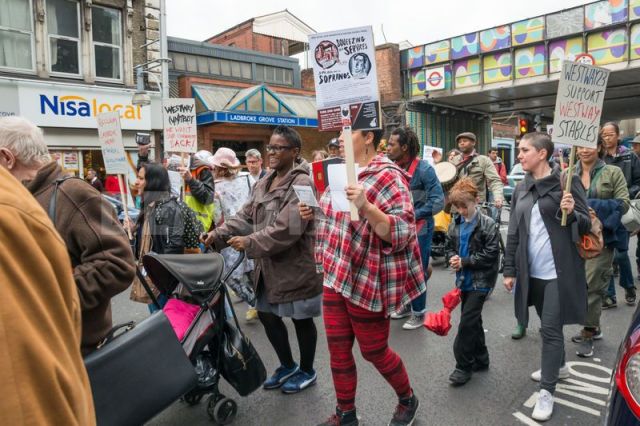 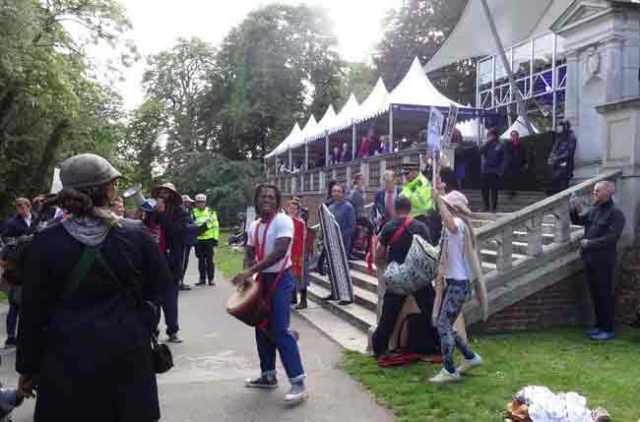 This entry was posted in Uncategorized and tagged direct action, Holland Park Opera, mock the opera, RBKC Council, Royal Borough of Kensington and Chelsea, Social cleansing. Bookmark the permalink.
%d bloggers like this: