MORE ON THE CUCKOO SYNDROME

Posted on July 5, 2015 by grenfellactiongroup 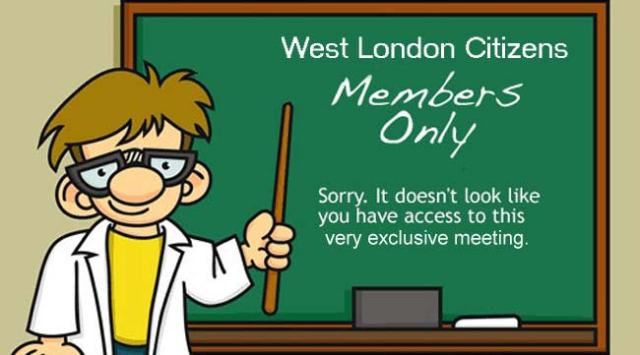 Since posting our recent ‘Cuckoo’s Nest’ blog we have been in  communication with West London Citizens Associate Organiser Amanda Walters who was kind enough to explain the West London Citizens setup more clearly to us and to clarify that the meeting at the Kensington Academy on Tuesday will be a closed meeting to which local residents will not be admitted unless they have been formally invited. We are now in a position, based partly on the information provided by Ms Walters, and partly from digging a bit deeper into the Citizens UK and West London Citizens websites to provide a more accurate picture of what appears to be going on and the role of West London Citizens in it.

Citizens UK claims to be the home of community organising in the UK, with diverse civil society alliances in London, Milton Keynes, Nottingham, Birmingham, Wales and Leeds. They claim to develop the leadership capacity of their members so they can hold politicians and other decision-makers to account on the issues that matter to them. They assert that community organising is democracy in action: winning victories that change lives and transform communities.

They say that, in preparing their report, they did have some involvement from Lancaster West residents, especially in Talbot Grove and Upper Clarendon Walk, and met with Christine Richer, the Chair of the Residents Association. However, they also admit that they don’t represent Lancaster West residents, or residents from other estates, and claim they are simply putting forward the views of the local people they spoke to and the institutions that have been part of the inquiry.

Please note that West London Citizens is a membership organisation (membership fees between £500 and £5000 annually) which holds events for its’ members. Tuesday’s meeting is not a public meeting but a meeting for member institutions. There is a guest list and entry will be refused to people who are not on that list. It is also not a debate. Questions from the floor will not be allowed.

The findings of the inquiry will be presented to RBKC and the TMO. West london Citizens will be seeking assurances from RBKC around the regeneration, including Right to Return, more affordable housing, dealing with overcrowding, and so on.

The institutions that have been involved in the inquiry include:

West London Citizens claims that the Council did not ask them to do a Housing Inquiry in North Kensington. They say their member organisations decided to do the inquiry as housing frequently comes up ‘as a problem in their listening’. They say they have worked with Residents Associations and spoken to nearly 300 local residents to make up the findings of the report and decide on the recommendations collectively.

However, it seems to us that the list of WLC member organisations provided by Ms Walters, who were involved in preparing the report, is more representative of the local establishment, schools churches etc, than the residents of the most threatened housing estates of North Kensington, and cannot claim to speak for, or empathise with, the powerlessness, hopelessness and cynicism of those residents. The communities who inhabit these estates have traditionally voted left-wing but have mostly lost faith, especially with the Labour Party who they now typically regard as class traitors and careerist opportunists. Cuckoos in other words.

It hasn’t escaped our notice either that the nationwide membership of Citizens UK is composed almost exclusively of churches, faith schools and faith groups. Again the residents of inner city council estates are unlikely, for the most part, to be church goers, and would probably take great exception to the prospect that church groups were manoeuvring to influence or decide the future of their homes and communities. We have to wonder if Citizens UK  is yet another cuckoo organisation.

We invite our readers to form their own conclusions on this, and on whether the WLC Report is an appropriate or proper means of consultation on the future of our homes and the so-called regeneration of our communities. We would also challenge the self-aggrandising claims made by by Citizens UK and their offshoots that they are ‘the home of community organising in the UK’ and that their particular and clearly exclusive brand of community organising is ‘democracy in action’. The last time we checked our democratic rights were supposedly guaranteed and were not conditional on our ability to pay for membership of UK Citizens or any other lobbying organisation.