THE FACTS ABOUT REGENERATION

Posted on July 19, 2015 by grenfellactiongroup 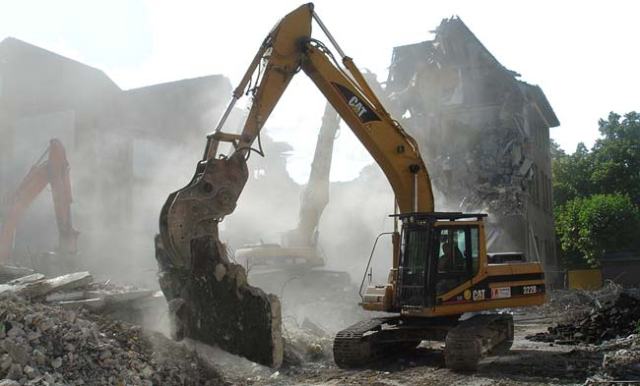 In recent times the Grenfell Action Group has repeatedly highlighted how the Neo-Cons at Hornton Street are determined to rid the Rotten Borough of social housing and destroy existing working class communities. For our troubles, we have been repeatedly accused of scaremongering, and worse, by both Tory and Labour Councillors who wish to obscure the true aims of this evil and heartless Council.

However, it has now become clear that the policy of ‘social cleansing’ and ‘gerrymandering’, of which we have been warning, is about to be unleashed. The Council issued a press statement following motions passed in a full Council meeting on June 24th. The full text of the press release is available via the following link:

If you live in social housing, on a supposed ‘low density’ Estate in North Kensington, we advise that you read the press release, and particularly the selected extracts below, very carefully, as it will not be long before RBKC and their henchmen come to your estate, or to an estate near you, intent on the destruction of lives, homes and communities:

“A full meeting of the Council passed a motion committing it to redevelop selected lower-density estates to increase the number of homes in the borough. The commitment is supported by a pledge that any Council tenants, whose homes would need to be redeveloped, will receive better quality new homes, on the same terms and rent levels, in or very near to the redevelopment. The pledge will ensure that existing mixed communities are preserved and that existing residents are able to stay in the areas they know and love.

The Council is particularly committed to ensuring that the urban design mistakes of the post-war years are avoided, and that any future redevelopments will be designed around traditional streets and squares and will be of mixed-tenure and mixed-use. The Council will insist on high standards of design to match those found in the rest of the borough. In doing so, the Council will seek to involve and work with local residents and amenity groups.

The estates that have already been selected for work to begin on include: the empty Edenham site under Trellick Tower, the Warwick Road Estate, and part of the Balfour of Burleigh Estate together with Barlby School (referred to as Barlby-Treverton).

As and when the Council starts looking for similar opportunities on other estates it will let residents know at the earliest opportunity. Therefore, if residents have not been contacted by the Council, they should assume that their estate is not being considered for redevelopment at this time.”

It is clear from the above that the Council is anxious to reassure all residents, particularly all social tenants, who will be impacted by this massive regeneration programme that they have nothing to fear from regeneration. They have even offered apparently ironclad promises and guarantees that the outcome of the planned regeneration will be a brighter rosier future for all social tenants whose homes currently stand in the way of progress.

But there are two sides to every story. Let’s have a look at the other darker side of this story:

In Februray 2015 Dave Hill of the Guardian published an article which challenged the new housing orthodoxy, expressed in the RBKC press release, and explored the dark side of it:

“A research institute which believes replacing council tower blocks with conventional terraces makes both social and economic sense is gaining influence, and not just among Conservatives.

‘Create Streets’ will not only have to win arguments about financing, design and genuine local consultation if their principles are to be widely applied. They will need more flexibility in planning regulations too, so that houses can be narrower, but with fewer bathrooms and more slender corridors to enable good-sized rooms. This would mean, for example, having the flexibility to by-pass elements of the Greater London Authority’s lifetime homes standards, brought in in 2004 to make homes adaptable to the mobility needs of disabled people.

Such trade-offs would come with the territory. So would all the others that any type of estate regeneration entails, such as the mixing of tenure types , years of dust, disturbance and possible ‘decanting’, the seemingly inevitable revisions and sometimes disastrous delays, the unravelling of informal yet often precious community networks, and, of course, the need for people to part company with homes they may have lived in and loved for years, even if they were badly built ‘slums in the sky’ on what some might deride as ‘sink’ estates.”

“The Earls Court Project might one day produce a few nouveau garden squares, but everything else about it represents the precise opposite of what ‘Create Streets’ promotes. It is a top down, mostly high rise, greed-driven enterprise which proposes a pitiful amount of additional affordable housing on the strength of a strongly challenged viability assessment which had to be forced into the open and reduces ‘regeneration’ to a euphemism for colonisation. Local people oppose it overwhelmingly”.

The press release from RBKC can thus be read conversely as a heavily disguised expression of the Council’s determination to destroy our homes and communities. As we pointed out previously they have already put the legislation in place to allow them to do so.

In due course, the Grenfell Action Group will continue to blog on the malign forces at work that seek to collude with the Council in their attempt to dupe our community into believing that ‘regeneration’ is a force for good rather than evil.

We intend to show that the RBKC promises of a ‘right to return’ simply cannot be trusted and that RBKC have deliberately drafted legislation that contradicts the premise that every household will be re-housed in or near their original community.

We will continue to highlight the ill-considered negative impacts of decanting households and destroying peoples homes and lives that cannot be justified by a Tory Council that has always despised what they regard as an unwanted and problematic underclass. We intend to directly challenge those who intend to destroy our communities and we will not surrender our homes and residential amenity without a fight.