Posted on November 23, 2015 by grenfellactiongroup

Most Lancaster West residents who visit this blog will probably recognise that the title banner is a view of Lancaster Green, as it used to look, seen from the corner of Station Walk. It is a sad fact that this beautiful space was bulldozed out of existence to make way for the Kensington Academy and Leisure Centre development. In our view the destruction of this precious greenspace can only be described as an act of wanton environmental vandalism.

Before it was threatened with destruction most local residents took Lancaster Green more or less for granted, and it was only when we realized that we were going to lose it that we began to see, and to realise, what a beautiful island sanctuary of green it was, and what a valuable and irreplaceable asset to the Lancaster West community. In this blog we have therefore created a photo array, to remind ourselves and our readers of how Lancaster Green used to be, before the machine logic juggernaut of ‘regeneration’ destroyed it forever.

But before we proceed to our picture gallery of Lancaster Green, let’s take a moment to view the result of the so-called Kensington Academy development  which replaced it – an exercise in so-called ‘regeneration’ which we didn’t want on this site, and which we resisted tooth and nail in a futile attempt to reason with the neo-con fanatics at RBKC.  This first picture is a view of the academy campus as it looks today – a sterile alienated and alienating landscape, where many young students can be seen idling between classes. Is this really an example of the brave new world of ‘progress’ which we must all now inhabit, whether we like it or not?

Readers should note also that the destruction of Lancaster Green flies in the face of the greenspace policies of both the GLA London Plan and the RBKC Core Strategy, both of which recognise that London is deficient in green and/or open space and strongly oppose any further loss of such amenity, insisting instead that all new development should preserve existing green space and include the provision of additional green and/or open space to help remedy this deficiency. Hollow deceitful meaningless words indeed!

Please note that this feature was posted in our archive some time ago and can be accessed anytime via the links beneath the heading banner at the top of the blog. 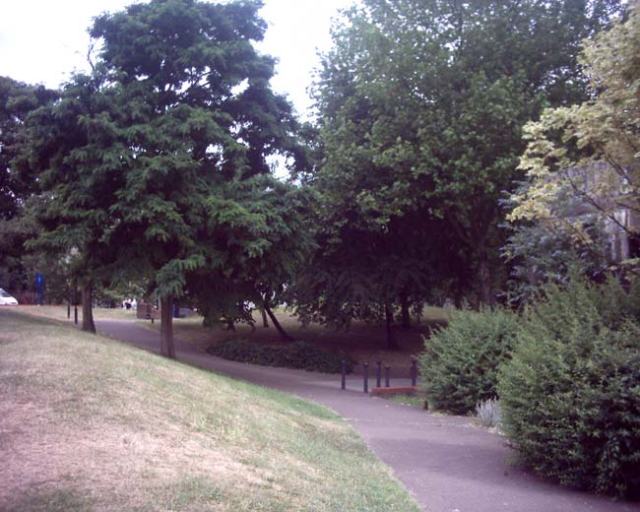