Posted on January 31, 2016 by grenfellactiongroup 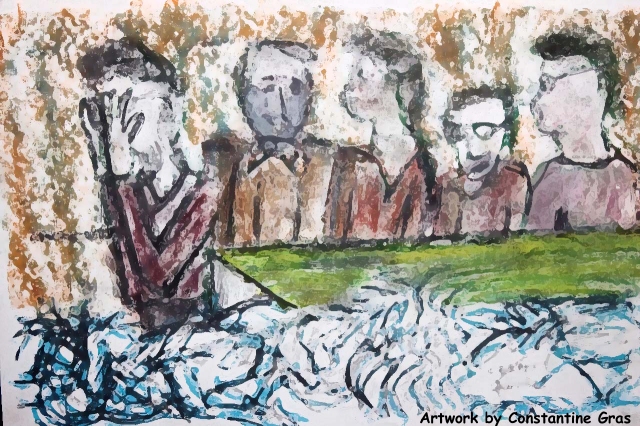 On Wednesday 5th January a representative of the Grenfell Tower Resident Association gave an impassioned address to the RBKC Housing and Property Scrutiny Committee outlining the abuse and ill-treatment experienced by tenants and leaseholders of Grenfell Tower as a result of the TMO’s inept handling of the ongoing Improvement Works.

The speech to the Scrutiny Committee contained the results of a survey conducted with local residents that found high levels of dissatisfaction with the TMO and went on to identify the main areas of concern centring around allegations that the TMO threatened, intimidated and harassed residents, that the TMO failed to engage with residents or respond to a litany of serious complaints, that the TMO had overseen poor workmanship and poor site management and had treated traumatised residents legitimate claims for compensation with derision.

The speech was cut short by Cllr Marshall (Chair) because it overran the five minutes allocated but you can read a full transcript here and we believe this document serves as testimony to the appalling treatment of a beleaguered community by a bullying and uncaring Council and their quisling, dysfunctional managing agent, the TMO.

It was, therefore, welcomed as something of a minor miracle that after a thoughtful intervention from Cllr Mackover (along with a cogent and strong representation from Cllr Blakeman) the Scrutiny Committee Chair, Cllr Marshall, actually agreed to set up a Working Group to look into the concerns of residents.

However, before the brief of the Working Group had even been properly discussed, Cllr Marshall began back-peddling from his commitment to investigate the TMO’s handling of the Improvement Works by stating that the Working Group’s remit would be narrow and would not be undertaken until an undefined time somewhere in the future.

A request by the Grenfell Tower Resident Association to send a couple of representatives to accompany the Scrutiny Committee on their Site Visit was refused by Cllr Marshall, stating that the Council had already spent enough time listening to residents. This does not inspire much confidence that the inhabitants of Grenfell Tower will obtain a fair and independent investigation of their claims of ill-treatment.

It was obvious to anyone sitting in the Public Gallery and witnessing the greasy and oily relationship between certain TMO Officers and a number of RBKC Councillors and Senior Officers that the TMO have no intention of treating the newly formed Resident Association with any proper respect and that the RBKC will do very little to investigate these allegations of abuse and ill-treatment.

With the looming prospect of further regeneration projects in North Kensington there are many lessons to be learned from the  experiences of residents at Grenfell Tower. It would be shameful if the Council passed up the chance to learn these lessons and chose instead to ignore the legitimate concerns of residents in order to maintain a cosy and untroubled relationship with the mini-mafia at the TMO .

This entry was posted in Uncategorized and tagged Grenfell Tower, KCTMO, Royal Borough of Kensington and Chelsea. Bookmark the permalink.
%d bloggers like this: