Posted on May 16, 2016 by grenfellactiongroup 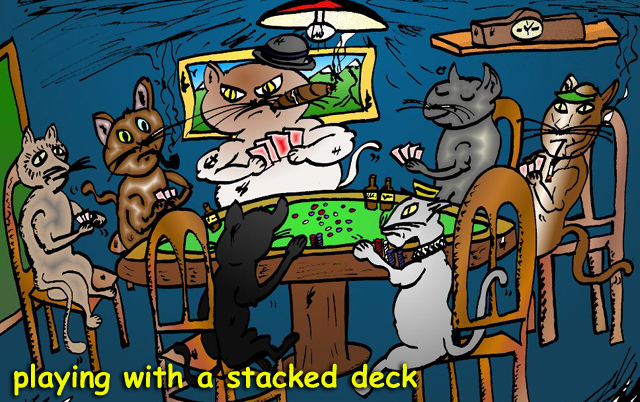 We recently lodged a formal complaint with LeVerne Parker, the Chief Solicitor and Monitoring Officer of RBKC, in hope that it would lead to some scrutiny by the Standards Committee of the property holdings and business interests of Rock Feilding-Mellen, the Deputy leader of the Council and Cabinet Member for Housing Property and Regeneration. We subsequently received a formal response from the Monitoring Officer in which she dismissed our complaint and declined to refer the matters we raised to the Standards Committee. We then prepared a rebuttal of the arguments she used to justify her dismissal of our complaint which we sent back to her, asking that it be escalated for the attention of the Town Clerk. We strongly recommend that you read her response via the link here in tandem with our rebuttal below :

1) The Monitoring Officer argued that Rock Feilding-Mellen did not have privileged information regarding regeneration in the Latimer area because he was not a councillor at the time of the purchase of his house and he bought the house ‘some years before the Council had started its estate regeneration programme’.

While the first of these claims is technically true it is nonetheless misleading. Up until 2010 Rock Feilding-Mellen had been a councillor continuously since 2006. He was unseated from St Charles Ward in May 2010 but was re-elected within a few short months (in October) to a seat in Holland Ward. The significance of that six month period during which he was not a councillor is greatly exagerated by Ms Parker and it is unlikely that he missed out on much privileged information during that period compared to the years during which he had served continuously as a councillor, serving on scrutiny committees where he would certainly have been privy to privileged information concerning plans for the regeneration of large parts of the borough.

The second claim – that he bought the house ‘some years before the Council had started its estate regeneration programme’ is similarly misleading. It may be true that the Council did not begin demolition or construction works in areas earmarked for regeneration until well after 2010. However the planning of the regeneration programme took place over a number of years leading up to and including 2010 – the year in which the Core Strategy was published. The Latimer Masterplan, which informed the Core Strategy, was published in January 2009. The Stategic Sites part of the Core Strategy was consulted on in the summer of 2009 and the consultation on the full Core Strategy was conducted in the winter of 2009. We would argue therefore that Cllr Feilding-Mellen would certainly have participated in the drafting of these plans and would have been privy to a good deal of privileged information over a number of years up until and including 2010.

2) The attempt to minimise the extent of Cllr Feilding-Mellen’s access to privileged information, and his role in the planning of the largescale regeneration of the borough, is significantly undermined by the fact that, having lost his seat in St Charles Ward in May 2010, he was immediately offered a safe seat in Holland Ward in October of the same year and was re-elected to the Council within a few months. Having been re-elected he was then promoted to the position of Cabinet Member for Civil Society in April 2011 – just six months after his re-election. He was subsequently promoted again in May 2013 to Deputy Leader of the Council and Cabinet Member for Housing Property and Regeneration.

A naive person might think that the gods had smiled on Cllr Feilding-Mellen but a more sceptical person would likely take a different view concluding that he had been fast-tracked into a position of considerable power and influence in a way that is entirely consistent with the concerns and suspicions that we have raised. We therefore regard as cynical and disingenuous the Monitoring Officer’s claim that Cllr Feilding-Mellen could not have anticipated his rapid re-election as a councillor or subsequent promotion to a position of considerable power and influence as both Deputy Leader of the Council and Cabinet Member for Housing Property and Regeneration.

3) Appearance of impropriety: In her response to our complaint the Monitoring Officer quoted two principles from the Code of Conduct that she considered to be relevant. These were;

(i) SELFLESSNESS: Holders of public office should act solely in terms of the public interest. They should not do so in order to gain financial or other material benefits for themselves, their family, or their friends and,

(ii) HONESTY: Holders of public office have a duty to declare any private interests relating to their public duties and to take steps to resolve any conflicts arising in a way that protects the public interest.

However there is another mandatory principle that she chose to ignore. According to the ‘General Principles of Conduct in Local Government’, as set out in the Government regulations from which the RBKC Code of Conduct is derived;

Members should not place themselves in situations where their honesty and integrity may be questioned, should not behave improperly, and should on all occasions avoid the appearance of such behaviour.

We can only guess at the Monitoring Officer’s reasons for ignoring this aspect of the regulations but we very much doubt that she can claim ignorance in her defence and, in our view, this has all the appearance of a deliberate and cynical selective reading of the regulations to Cllr Feilding-Mellen’s benefit and in defiance of the Public Interest.

4) Cllr Feilding-Mellen’s business interests: There is no direct evidence of which we are aware of impropriety in Cllr Feilding-Mellen’s business interests. However, all four of the businesses he declared on the Register of Interests are small companies and are therefore required to publish only abbreviated accounts. Shareholdings in these four businesses are minimal and the declared assets of all four are composed entirely of loans payable by the partners. It is unclear whether these assets are real or whether they exist only as loans promised rather than actually payed. In either case the loans will have to be repayed at some point so it remains questionable whether they are in fact assets or should more correctly be classified as liabilities. All of the four businesses appear to have negligible annual turnover and none appears ever to have declared any profits or to have paid any dividends. They have the appearnace therefore of mere shell companies or phantom entities which conduct no actual business and whose existence appears to have no legitimate purpose. Taken together all these details can be seen as creating an appearance or suspicion of possible impropriety which runs contrary to the ‘General Principles of Conduct in Local Government’ quoted above.

This raises uncomfortable questions about the laissez-faire attitude of the Council in appointing Cllr Feilding-Mellen to a position of such power and influence, regardless of the appearance of possible impropriety in his business affairs. It also raises questions regarding the reluctance of the Monitoring Officer to refer these concerns to the Standards Committee. In our view the first duty of both the Monitoring Officer and the Standards Committee should be the protection of the Public Interest and not the granting of impunity, or the benefit of any doubt, to Cllr Feilding-Mellen, or any other councillor, in the absence of due diligence or any proper scrutiny of his affairs.

While this raises questions as to the appearance of possible impropriety in Cllr Feilding-Mellen’s affairs, it also raises questions, and perhaps more importantly, regarding the absence of proper scrutiny of such matters by the Monitoring Officer and the Standards Committee, both of which appear reluctant to investigate any appearance of possible impropriety unless they have been presented with clear and irrefutable evidence that there has been actual impropriety. The requirement in the ‘General Principles of Conduct in Local Government’ to avoid any appearance of impropriety appears to run a very poor second to whatever political or other expediency the ruling cadre may have at RBKC.