Please, Sir, Can We Have Some More?

Posted on April 17, 2017 by grenfellactiongroup 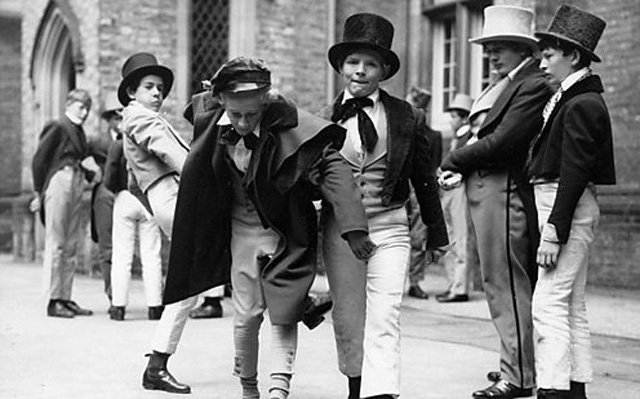 Anyone familar with the Ladbroke Grove area of North Kensington cannot have failed to have noticed the extensive hoardings that now surround the old Westway Information Centre. These hoardings have been erected to protect the public from the major construction work that is now taking place to the exterior of these premises under the Westway flyover. This building was a vital resource that previously housed local Social Services offices and our much valued Citizens Advice Bureau that provided free information to people who could not afford to access help from other sources. It is the understanding of the Grenfell Action Group that the RBKC and Notting Hill Prep School have now come to an agreement for NHP to lease this building and that the level of rent payable by the exclusive private school was formalised in late 2016 but has not been made public.

What many local residents will find particularily disturbing is that the RBKC have agreed to spend massive amounts of our hard earned Council Tax money on making the exterior of the old Westway Information Centre posh and flashy prior to handing it over to their friends at Notting Hill Prep School. The Grenfell Action Group has learned, via the Freedom of Information Act, that the cost of stripping out the interior and recladding the exterior of the former WIC premises will cost RBKC council tax payers nearly £1 million. It is also our understanding that the repair and maintenance of the exterior of the building will remain the responsibility of the Council during the 25 year lease to NHP.

For many years local visitors and employees using the Westway Information Centre have carried on their business in a building that, while not spectaularily lavish in apperance, has always been maintained in a reasonably adequate manner by RBKC. It seems however that the exterior of the old Westway Information Centre is not nearly posh enough for the privileged and well heeled children attending Notting Hill Prep School Ltd and that the Council have agreed to spend a substantial wedge of our public money in carrying out these improvement works. It will only be after these works have been completed, to the satisfaction of Notting Hill Prep, that the lease to occupy the building will become active.

It is also our understanding that works to the building had to be suspended at one point because the Council services that were formerly accommodated there were forced to return temporarily when the Malton Road Hub – to which they had been moved – was hurriedly evacuated due to leaks and other problems including a rat infestation.

It appears to us that the Council will bend over backwards to do everything in their power to help facilitate the expansion of Notting Hill Prep via the provision of state of the art premises at the former Westway Information Centre. We can also expect RBKC to spend lavish amounts of our money doing up the exterior of the North Kensington Library building prior to delivering this much loved and treasured community asset via a 25 year lease to the same prep school that will be occupying the Westway Information Centre. We have attached the decision report for the WIC works from January 2017:

https://www.rbkc.gov.uk/howwegovern/keydecisions/reports/deputy leader and cabinet member for housing property and regeneration/kd04836r.pdf 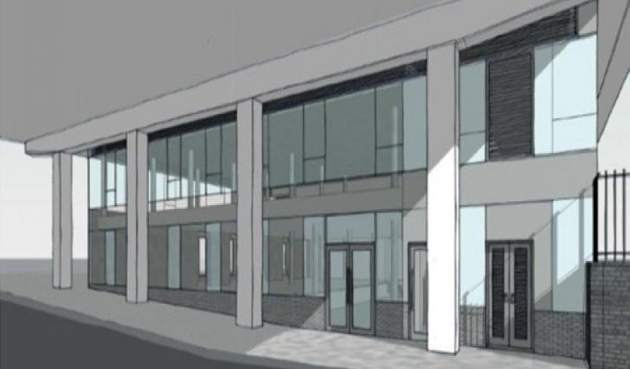 4.1 The former Westway Information Centre (WIC) forms part of the Westway
Masterplan, and following completion of the Malton Road hub, the building
became vacant and surplus to operational requirements, all services having
relocated to alternative facilities. Following a full and open market tendering
process to receive bids, an agreement to lease has been confirmed to
generate a rental income for the longer-term.

4.2 The existing elevations of the building are in poor condition and outdated, and
impact its environmental performance in what is a prominent location, and
hence the ability to attract long term occupiers for the property. The proposal
to re-clad the existing elevations with a new glazed curtain walling system
would enhance the environmental performance and general appearance
significantly, increase the natural light within the building, and prolong the life
cycle of the Council’s asset.

4.3 The Budget was approved in October 2014 for strip out works, and
subsequently a further approval was given in September 2015 to increase the
project scope of the works and budget, to provide external cladding
improvements. Strip out works were undertaken to clear the site, and this
decision is for the outstanding elements of the work.

4.6 Planning permission relating to the cladding improvements was granted in October 2015, but subject to Section 73 amendments due to planning conditions relating to the design of the external cladding and other external elements including street furniture and similar.

4.7 Pre-application discussions were held with the Planning Dept during 2016, resulting in an amended planning application being submitted in September 2016 and being granted planning permission in November 2016.

4.8 Discussions with prospective tenants and sub-tenants have been undertaken by the Corporate Property Investment team during 2016, resulting in an agreement to lease.

The decision to proceed with this project was taken by none other than Councillor Rock Feilding-Mellen, Cabinet Member for Housing, Property and Regeneration. Cllr Feilding-Mellen is understood to have applied for his children to attend the exclusive Notting Hill Prep School and stands to benefit significantly from any improvements to the school premises which his children will attend in due course. Despite this fact Feilding-Mellen has declared no conflict of interest in his decision making process:

https://www.rbkc.gov.uk/howwegovern/keydecisions/reports/deputy leader and cabinet member for housing property and regeneration/kd04836c.pdf

It is worth noting that Notting Hill Prep includes among its patrons Earl Spencer, the brother of the sainted Princess Diana, and that Diana’s sons, the princes William and Harry, attended Wetherby Prep as children, a private school run by the Alpha Plus Group which, in 2014, outbid Notting Hill Prep for the lease of the Isaac Newton Centre in Lancaster Road. These premises were subsequently refurbished for use as an Alpha Plus prep school, Chepstow House. William and Harry are, of course, nephews of Earl Spencer.

Given the wealth and influence of such vested interests is it any wonder that resistance by the mere ‘commoners’ of North Kensington to the creeping gentrification of the area has invariably proved utterly futile? A case in point is the issue under discussion here – the transfer of a cluster of public assets in the Ladbroke Grove area from public use to the control of exclusive private schools via shady private deals conducted with the full connivance and complicity of the the Royal Borough Council and with little or no consultation or consideration of the views, concerns or opposition of the general public.

It is interesting to note also that the Key Decision Report for the improvement works to the WIC describes the exterior of the building as “in poor condition and outdated, impacting its environmental performance in what is a prominent location”. If this is the case one would be well entitled to ask why the Council never considered, and certainly never delivered, any such improvement to the exterior of the WIC during the many years in which it served the community as a public service hub.

However, now that they have decided to privatise it via a longterm lease to their privileged friends at Notting Hill Prep School they clearly have no qualms about spending a million quid of public money sprucing it up for that purpose. In our view this reveals a highly partisan and preferential attitude at RBKC favouring private enterprise over public service. This is unbecoming of the role of RBKC as a local authority and stinks of elitism and class prejudice.