Posted on July 16, 2012 by grenfellactiongroup

We were heartened to see yet another piece on the excellent Hornet’s Nest blog last Saturday, supporting our efforts and drawing attention to our plight. The piece entitled GRENFELL ACTION GROUP – YOU CANNOT GAG THEM  drew a number of comments from some of the Dame’s readers, among them this, from an anonymous but conscientous and public-spirited source (yes, dear reader, such people still exist);

“The Council have many questions to answer with regards the KALC project not least their cynical disregard for any democratic process during consultations.

The fact that the Council/TMO are forcing vulnerable residents to suffer unacceptable levels of noise and dust pollution during the construction of KALC is inhuman.

If 32 million pounds can be found for repaving Exhibtionist Rd (and an extra million for a quick jolly) then surely a small fraction of this could be spent on protecting vulnerable and frightened residents on Lancaster West Estate?

SHAME ON THE KCTMO AND THE RBKC COUNCIL FOR TREATING RESIDENTS WITH SUCH CONTEMPT!”

We at the Grenfell Action Group are fully aware of this most recent scandal arising from the slipshod planning of the KALC development,  and have received pleas for help from a number of affected vulnerable residents.

It seems that Cllr Coleridge, under pressure from local residents in the KALC Community Forum, came up with a spiffing plan to buy off some of these critics (and hopefully split the Grenfell Action Group at the same time).

He managed to scrape together £6 million to pay for essential improvements to Grenfell Tower. Of course most of these  works should have been completed years ago by the useless TMO, but the TMO has a nasty habit of ignoring Lancaster West whenever it can.

The Grenfell Tower improvement plan includes double-glazing all the windows to improve sound insulation so that residents are not driven mad by noise from the academy construction site, and later from the 1200+ pupils who will attend the academy.

To Cllr Coleridge’s utter bafflement, before the ink was even dry on the Grenfell Tower plan, a great chorus of WHAT ABOUT US? could be heard echoing round the estate from the many other KALC victims who would not be benefitting from Nice Tim’s largesse.

One of these forgotten victims, who is seriously ill and lives in Verity Close, contacted us recently and copied us into his recent correspondence on this issue.  It seems the sainted Cllr Coleridge turned a deaf ear to this man’s desperate pleas for help, claiming that nothing could be spared from the £6 million, and there was no possibility of finding any more money.  It appears not to have occurred to Coleridge, the Cabinet Member for Housing, that he has a duty of care to residents, and a special duty of care to those who are old or ill or otherwise vulnerable.

According to Cllr Coleridge.

“The residents of Grenfell Tower will bear the brunt of the noise during the building works and they, being closest to the works, should be assisted first”.

Cold comfort to a sick man faced with the prospect of several months of constant noise and disruption right outside his windows, but I wonder if any of our readers can spot the deliberate error in Cllr Coleridge’s statement?

Any Verity Close resident could have told him that Grenfell Tower residents will not be “closest to the works” as Dim Tim insists. Indeed some parts of Verity Close are as close to the academy site as Grenfell Tower, and are a damn sight closer to the soon–to-be-demolished Leisure Centre. Indeed one of the Verity Close blocks is a mere 10 yards from the Leisure Centre. Residents of this block may count themselves lucky if they don’t have chunks of masonary falling on their heads.  Parts of Barandon Walk are also adjacent to the Leisure Centre site, and Grenfell Walk is next to the academy site.

None of these locations has passed Cllr Coleridge’s flawed proximity test, and will not be double-glazed.

And then there is also, of course, the Blechynden House/Whitchurch House complex along Silchester Road. This is a so-called ‘sheltered housing’ complex for some of the most vulnerable residents of North Kensington, the old and the sick.  Are they not entitled to the double-glazing that has been so arbitrarily gifted to those lucky enough to live in Grenfell Tower, and to have caught the eye of the willfully myopic Coleridge?

In our view it is unconscionable for RBKC to seek to provide double-glazing to soundproof Grenfell Tower, while ignoring completely the homes of these most vulnerable of residents, who will be more, and not less, vulnerable to noise and other nuisance caused by this major construction project.

The residents of Lancaster West, and of the entire borough, should rise up against this mean-spirited and unjust decision by the Rotten Borough’s Cabinet.  Of course, it’s just possible, although I wouldn’t bet on it, that Cabinet might not have approved this cock-eyed scheme if Coleridge had not misled them with his flawed risk assessment (Risk assessment? What risk assessment?). 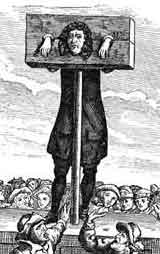 We suspect that Tim is neither as dim, nor as nice, as he pretends to be, and that this whole scheme has more to do with PR for the hated KALC project than it has with genuine concern for Grenfell Tower residents, or for any other residents of this area.

Nice but Dim Tim has a lot to answer for.