Posted on May 22, 2016 by grenfellactiongroup 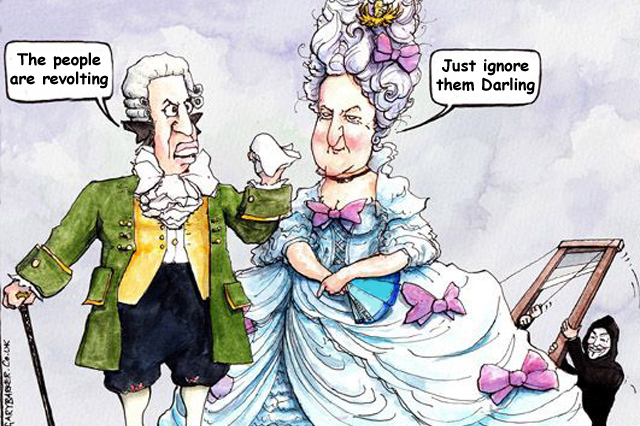 It is interesting to note that the Cabinet Member for Housing Property and Regeneration, Rock Feilding-Mellen, ‘declared an interest’, at the time of the Isaac Newton affair, stating that his children were on the waiting lists of both Notting Hill Prep School and the rival Alpha Plus Group. At the time neither he, nor any of his Cabinet colleagues, considered this to be a conflict of interest and he did not recuse himself from the decision making process. This suggests that Cabinet took a very narrow view of what would have constituted a conflict of interest – they clearly only considered whether he had conflicted interests in relation to either of the two bidders competing for the lease, and did not consider any public interest in retaining the Isaac Newton Centre for public rather than private use. We would argue that there was a significant public interest in the future of Isaac Newton and that a conflict of interest therefore did exist.

We would also argue that this conflict of interest did not end in 2014 and that it again became active in relation to the North Kensington Library deal. As Cabinet Member for Housing Property and Regeneration Cllr Feilding-Mellen was closely involved in the recent decision to lease the Library building to Notting Hill Prep. This was a highly sensitive decision strongly opposed by a significant proportion of the local community who wished to keep the Library building in public control. Cllr Feilding-Mellen and his Cabinet colleagues could therefore only have concluded that there was no conflict of interest in this case if they had considered public opposition to the NHP deal to be irrelevant.

it is also interesting to note that the original version of the report to the Cabinet and Corporate Services Scrutiny Committee, confirming the call-in of the Isaac Newton lease agreement, contained standard legal advice from the Chief Solicitor that referred only to the obligation of the Council to secure ‘best consideration’ (ie best value).  This was changed at the last minute by the inclusion of an addendum containing more detailed legal advice which specified that ‘best consideration’ meant securing the best price attainable and stating that ‘elements of purely social value must not be taken into account’.

This expansion of the legal advice was clearly intended to torpedo the claim by Notting Hill Prep that they had been given assurances by council officers that the social value of their involvement in the local community would count in their favour during the bidding process, a claim the same council officers denied during the meeting, and this denial ultimately served as a key part of the Cabinet’s justification for dismissing the NHP complaint and reconfirming the award of the lease to Alpha Plus.

However, the disqualification of social value contained in that legal advice appears to  have implications that go far beyond the relatively minor local skirmish between NHP and Alpha Plus. Any expectation that Cabinet would or should take account of public interest in, or opposition to, the privatisation of the North Kensington Library building, or any other public building, appears also to be torpedoed by the same legal opinion, thus freeing the Council to dispose of any public resource of its choosing, based purely on the profitability of any such action and regardless of any public opposition to it.

This is extremely disturbing as it appears that the Tory leadership can thereby justify their indifference to any negative effect the gentrification of working class areas might have on the communities living there, and in this instance to the loss of the iconic and much loved North Kensington Library building to the Notting Hill Prep School, in which Cllr Feilding-Mellen has an ongoing personal interest.  They clearly consider public opposition, public concern and even the public interest to be irrelevant to their decision making – so much so that they don’t seem to consider these at all.

There is good evidence that this attitude of indifference, and even of hostility, to the concerns of the general public, and particularly to the interests of working class communities, is deeply ingrained in the collective psyche of these right-wing Tory Cabinet members. It is particularly noticeable in their casual and even  contemptuous attitude to the public consultation process. They avoid public consultation wherever they can – such as in the case of the privatisation of the Isaac Newton Centre and the North Kensington Library – and even when they can’t justify avoiding consultation, as in the case of  the proposed new Libary/Youth Centre/Community Centre complex in Lancaster Road, the consultation is so delayed as to be an empty gesture with little or no function in terms of inclusiveness or community empowerment. Or readers should note that detailed plans for the new complex have already been approved by Cabinet based on a Key Decision Report submitted on 11th June 2015 which describes the project as follows:

“A new purpose built library built to the latest standards in a new bespoke civic building, all at ground floor level and more spacious than the existing facility. The building will include a new larger Youth Centre with improved facilities and a rooftop MUGA with attached changing facilities. The building will also accommodate lettable commercial space, that will maximise the utilisation of the site and provide additional revenue from rents.

The new library will be designed to incorporate:

The proposed timeline shows the appointment of the Design & Build contractor, including architect and multidisciplinary design team, and the client side consultant team for RIBA Stages 1- 4 in October 2015. Planning consent could be obtained in September 2016. The Design & Build Main Contractor would be appointed for Stage 2 (construction) following Cabinet approval in early 2017, construction to commence in the first quarter of 2017, with completion of building works during the latter half of 2018, and fit out completed in first quarter of 2019.”

According to best practice guidelines the consultation process should be substantively fair and have the appearance of fairness. All issues being consulted on must be at a formative stage – the consultation should not merely be on issues of timing and implementation where the principle has already been decided on. The detailed planning already approved in the case of this new ‘civic building’ in Lancaster Road flies in the face of these best practice guidlines, so much so that one would have to consider it an affront to the consultation process and an expression of contempt for the views of residents. One has to question what exactly would be the point of a public consultation under these circumstances and at this late stage in the process. There appears to be little or no intention to include residents in the process in any meaningful sense. Indeed the sole purpose of the ‘public consultation’ in this case appears to be no more than a brazen attempt to create the appearance of consultation without satisfying, in any genuine sense, the legal requirements involved.

The need to protect working class communities from the risks posed by creeping gentrification and the privatisation of community assets appears not be an issue of any concern to Cabinet members and seems not even to register on their collective radar. This can only be seen as evidence of arrogance and utter contempt for public opinion in the ruling cadre at Hornton Street, and perhaps in the attitudes of all from privileged middle class backgrounds who subscribe to the malignant neo-con tory ideology. We should be very afraid!