Notting Hill Housing and Genesis: Two Weddings And A Funeral

Posted on January 25, 2018 by grenfellactiongroup 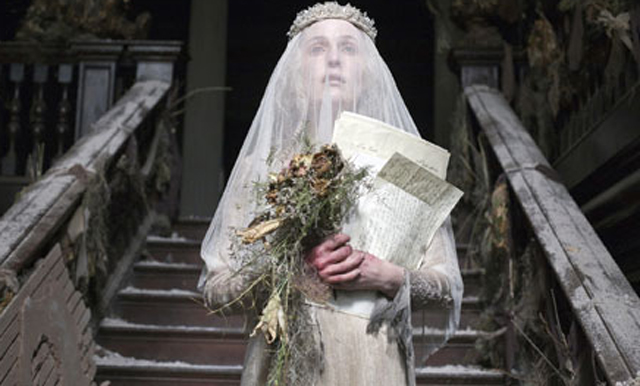 On 16th January shareholders of Notting Hill Housing and Genesis Housing Association voted overwhelmingly in favour of the merger about which we recently blogged.

The voting figures for Genesis were: 49 votes for the merger, 1 against and 1 spoiled ballot.

‘THINK’ agree with many of their residents and believe this is a wrong decision on so many levels. We have very real concerns regarding both associations, their treatment of tenants and properties and their social cleansing ‘regeneration’ activities.

Both the Listen NHH and the Genesis Residents fought and continue to fight a strong campaign for social housing and for residents rights. THINK salute these dedicated campaigners who put so much effort, passion and research into their excellent campaigns and have shared so much information with us.

Something that the Listen NHH campaigners informed ‘THINK’ about some time ago was a Notting Hill Housing policy of selling off empty properties in higher priced areas like ours, rather than doing them up to re-let to their tenants.

The picture below is of an empty house owned by Notting Hill Housing at 69 Cornwall Crescent.  It is in North Kensington, less than five minutes from Grenfell Tower. 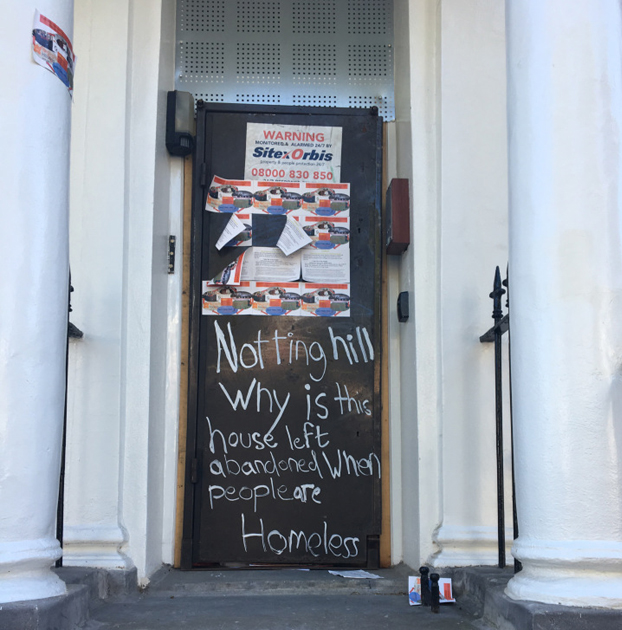 Perhaps Notting Hill Housing can explain just what they intend to do with this particular property?

When campaign group Listen NHH queried why this empty property was left in such a state NHH declared that it was being refurbished, but it remains empty to this day!

Maybe someone should check NHH’s friends at Savills or some other property auctions?

We thought that Notting Hill Housing (they dropped the “trust”) was a previously charitable and commendable association that bought properties at auction to refurbish them and give them to those in need – not do the reverse!

‘THINK’ joined the protests against the merger and we will continue to support further important campaigns to save our social housing.

The protests were well attended and even managed to be heard inside the meetings.

Notting Hill Housing are very good at blowing their own trumpet, so we thought they should listen to what some of their residents have to say. Here are just a few complaints we found posted online:

“Terrible at sorting repairs, the system is totally disorganised. They hardly ever return calls and have to be chased up constantly”

“Hold vendettas against tenants who fight for their rights. NHHT break tenure agreements and fail to repair homes”

“Really poor service. I have been trying to get in touch for the past 3 weeks and no one picks up the phone”

“Notting Hill Housing has made my family distressed for the past 7 years. They have treated us extremely badly, avoiding our needs. They show pure ignorance as well as Kensington and Chelsea. This Borough and this housing association are like the plague”

“Sleep deprived since October 2015 due to neighbour above. I am a disabled tenant, deemed vulnerable. Two psychologists from two different hospitals wrote to my housing officer and her manager saying they were afraid for my mental wellbeing and suicidal thoughts. Notting Hill Housing Trust never replied to them. Yet they still win gold awards. I got in touch with CEO Kate Davies numerous times – NOTHING”

GOLD AWARDS? – After these comments it appears NHH don’t even deserve a wooden spoon……

Housing, particularly in our part of London should be for all and we condemn those from some housing associations, local authorities and the Government whose intent appears to be to price people on low to average incomes out of London with schemes to replace social housing with so-called ‘affordable’ housing (80% of market rate) and simply cash in on property values.

We are proud to live in a mixed community that consists of people from all backgrounds, rich and poor, but we know that the wonderful diverse character of our area will change if social housing is continually pushed to the back of the agenda or even abandoned altogether.

(Reposted by kind permission of ‘THINK’  https://thisisnorthkensington.wordpress.com/ from their original post of January 17, 2018)

WE RECOMMEND ‘THISISNORTHKENSINGTON’ TO ALL OUR READERS