Posted on May 20, 2014 by grenfellactiongroup 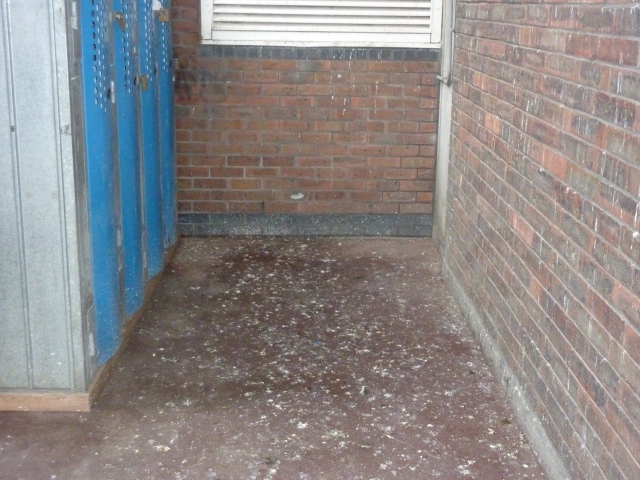 Bike sheds- just meters away from the entrance to Grenfell Tower and a virtual no go area because of extremely high levels of unhygienic bird excrement and other dangerous matter.

The Grenfell Action Group has decided to publish a monthly photograph to highlight some of the slum-like living conditions on Lancaster West Estate that we are seeking to improve. It is worth remembering that residents on Lancaster West Estate are forbidden from describing our living conditions in their true state by some of those with power in Hornton St and we believe that this oppressive behaviour brings great shame on the likes of Conservative Councillor Rock Feilding-Mellen and Labour Councillor Judith Blakeman.

May’s featured photograph is taken from just meters away from the main entrance at Grenfell Tower and shows how the area has become a virtual no-go zone because of high levels of disgusting and filthy pigeon and other bird excrement. The netting used to keep birds from entering this area has long disappeared as a consequence of RBKC Council and TMO neglect and anyone now unfortunate enough to store a bicycle on this part of Lancaster West Estate risks getting covered in some very unwelcome gifts from above.

THE REAL QUESTION, HOWEVER, IS DOES ANYONE AT THE RBKC COUNCIL OR THE TMO REALLY GIVE A DAMN ABOUT THE POSSIBLE DANGER TO THE PHYSICAL WELL-BEING OF THE CHILDREN OF GRENFELL TOWER WHO ARE NOW FORCED TO PLAY AROUND THE BASE OF THE TOWER BLOCK AS A RESULT OF THE KALC OVER-DEVELOPMENT TAKING ALL OF OUR COMMUNITY’S PLAYSPACE?

We will return in June with more evidence of the slum like conditions that residents on Lancaster West Estate are forced to endure as a result of callous and chronic long-term under-investment from the RBKC Council and their quislings at the TMO.

DESPITE THE BEST EFFORTS OF CERTAIN LABOUR AND CONSERVATIVE COUNCILLORS WE WILL CONTINUE TO TELL THE TRUTH ABOUT LIVING CONDITIONS ON LANCASTER WEST AND HOW FORTY YEARS OF ABUSE AND UNDER-INVESTMENT BY THE RBKC COUNCIL AND THEIR QUISLINGS AT THE TMO HAS BROUGHT OUR COMMUNITY’S HOUSING STOCK AND IT’S SURROUNDING RESIDENTIAL AMENITY TO THE BRINK OF ABSOLUTE DISASTER.

FIRST, OUR HOUSING HAS BEEN ALLOWED TO DETERIORATE BEYOND REPAIR AND IN THE NEAR FUTURE, WE BELIEVE, THAT IT IS THE RBKC COUNCIL’S EXPLICIT AIM TO INHUMANELY SOCIALLY CLEANSE THE MAJORITY OF LANCASTER WEST ESTATE AND OTHER SOCIAL HOUSING IN NORTH KENSINGTON UNDER THE GUISE OF SUPPOSED “REGENERATION”!

WE WILL NOT BE INTIMIDATED OR SILENCED FROM EXPOSING WHAT WE CONSIDER TO BE UNCARING AND FASCIST TREATMENT OF OUR COMMUNITY. SHAME ON THOSE WHO WOULD DENY US OUR DEMOCRATIC RIGHT TO FREE SPEECH AND TO OUR PRECIOUS AND HARD FOUGHT RIGHT TO TELL IT OPENLY AND TRUTHFULLY AS WE SEE IT! 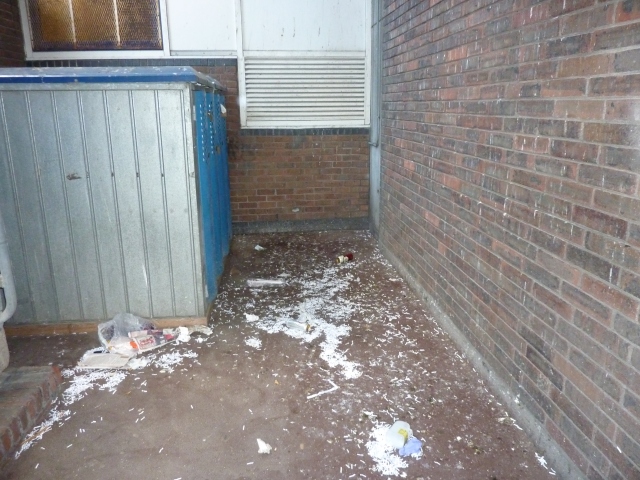 This entry was posted in Uncategorized and tagged Lancaster West Estate, RBKC, Royal Borough of Kensington and Chelsea, slum, tenant management organisation, TMO. Bookmark the permalink.
%d bloggers like this: