WHAT FUTURE FOR CREMORNE ESTATE?

Posted on July 6, 2014 by grenfellactiongroup 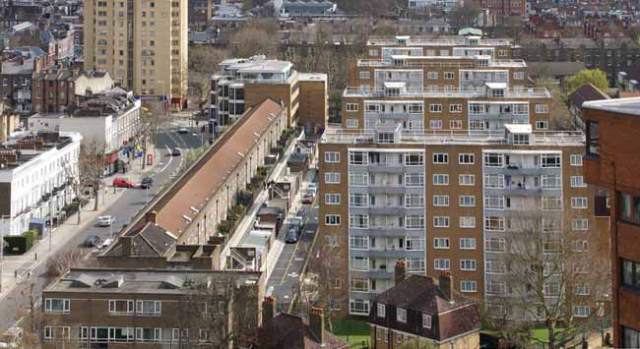 We were appalled to read recently on the Hornet’s Nest blog about plans to demolish Cremorne Estate at World’s End. According to the Hornet;

“The ‘common and the poor’ are no longer welcome in the Rotten Borough and in decades to come it will be just a ghetto for ultra rich foreigners to hide their ill gotten gains, looted from their own impoverished countries.”

Regular readers of our own blog will know that we have spared no effort over many months to draw attention to the threat facing working class communities both locally and across the whole of London. In doing so we have not been alarmist. The threat is real, current and substantial.

We all know that the Council and TMO have overseen the “managed decline” of the housing stock at Lancaster West over the last forty years via a near total lack of investment which has reduced our estate to a veritable slum. We are now increasingly concerned that they are planning to “socially cleanse” this and other local communities.

Many will remember the Latimer Masterplan, commissioned by RBKC in 2009, which recommended a scorched earth strategy for the regeneration of all the Council estates in the Notting Dale area. Local residents should not be lulled into a false sense of security by the shelving of that report. The Masterplan was not shelved because of any conscientious misgivings about the devastating impact its implementation would have had on the affected communities. It was shelved purely and simply because of the collapse of the international banking and financial sectors at that time, which made it impossible to finance large scale regeneration in the short term. Make no mistake, the Masterplan, or a revised version of it, will be revisited sometime soon.

More recently we have seen RBKC, aided and abetted by Central Government, put in place the legislation to facilitate their plans, not least the notorious new regeneration decant policy, and they are without doubt now working on a strategy to accomplish their aims. Meanwhile we are left to await with bated breath the dreaded “regeneration” that we have long feared, with  local communities uprooted and families moved, perhaps to the outskirts of London, perhaps to areas far beyond.

It may be that some of you are desperate enough by now to think that being rehoused might not be such a bad thing. You may be hoping for a fresh start in a spacious and modern new property. Don’t be fooled into thinking this way. We would suggest instead that you read Emma Dent Coad’s blog (emmadentcoad.blogspot.com) and particularly her scathing criticisms, compiled over many months, of the Wornington Green development, just up the road from us, and the disaster that has befallen the residents of the Wornington Green Estate.

The Grenfell Action Group has recently joined the Radical Housing Network and we are keen to foster relations, and make contact with, other housing activists in West London. Please join us in our efforts. This is no time for complacency and/or defeatism, and if we are not prepared to work together to defend our homes and our communities then we will surely lose them. It’s time to wake up and smell the coffee.