Posted on January 2, 2018 by grenfellactiongroup 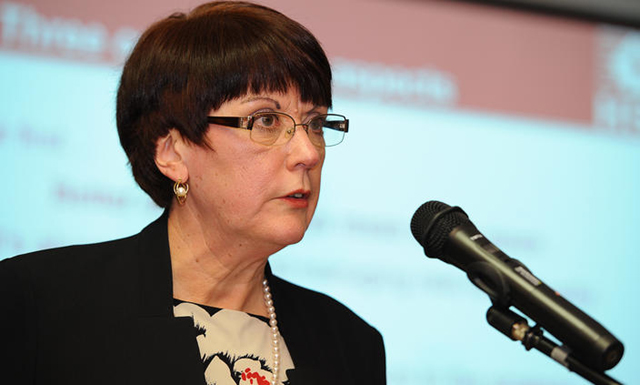 Dame Judith Hackitt, the former chair of the Health and Safety Executive, has been appointed to lead a review, set up in the wake of the Grenfell Tower fire, that will examine building regulations and issues of design, construction and building management throughout the UK in relation to fire safety. It will also look at related compliance and enforcement issues, as well as international regulation and experience of these issues.

The Review, which will report to the Home Secretary and the Communities Secretary, was commissioned by the Department for Communities and Local Government in July 2017 and the terms of reference were published shortly thereafter. The review will be forward looking and focused on ensuring a sufficiently robust regulatory system for the future and providing further assurance to residents that the complete system is working to ensure the buildings they live in are safe and remain so.

The Report  is complementary to, and will be shared with, the Public Inquiry.

According to the interim report the building regulations are not fit for purpose and the current overall system is not working effectively and needs to be overhauled.

The review found that Approved Document B – the document setting out the regulations – encourages cost-cutting.

According to Dame Judith Hackitt who is leading the review;

“A universal shift in culture is required to rebuild trust with residents of high-rise buildings.”

The Interim Report highlights several major shortcomings in regulation and other areas affecting fire safety that will shape the more detailed recommendations set out in the Final Report:

1. Privatisation of building control has created conflicts of interest

The interim report expressed concern about increasing privatisation of the building inspection regime;

“There are notable concerns that third-party inspections are open to abuse given the potential conflict of interests, with growing levels of mutual dependence between developers and contracted inspectors, which also highlights the loss of expertise in building control.”

Documents that emerged in the wake of the Grenfell fire suggested that the renovation of Grenfell Tower was reduced and scaled back due to limits imposed by government on council borrowing for housing. (In our view the renovation was also seriously compromised for more dubious reasons that are yet to be fully revealed).

“I have been shocked by some of the practices I have heard about and I am convinced of the need for a new intelligent system of regulation and enforcement for high-rise and complex buildings which will encourage everyone to do the right thing and will hold to account those who try to cut corners,”

She also said nothing short of a brand-new regulatory regime was needed to remedy the problems;

““The current system is highly complex and there is confusion about the roles and responsibilities at each stage. It has become clear that the whole system of regulation, covering what is written down and the way in which it is enacted in practice, is not fit for purpose, leaving room for those who want to take shortcuts to do so.”

3. Regulations are undermined by a confusing profusion of guidance

“The regulations themselves are pretty simple but what sits below the building regulations is a whole series of guidance documents which stacked on top of one another would be about 2ft high. Key definitions are unclear and leave too much open to interpretation.”

4. Both government and all industry stakeholders must play a part in preventing further tragedies

Dame Judith has strongly emphasised the need for all parties – including the construction industry, building owners, regulators and government – to collaborate to remedy the many problems identified. She said that both the regulations and the people enforcing them must acknowledge that they share the responsibility for shortcomings in fire safety in the built environment.

“When regulations are complex it makes it difficult for people to penetrate that complexity to truly understand what they are required to do,” she said, “There are issues of competence to be addressed as part of this.”

5. Residents’ concerns must be heard, responded to and, where justified, acted on.

Two years before the fire Grenfell Tower residents had complained that the refurbishment had been completed using cheap materials and that developers had cut corners. They also claimed that the Conservative-led Kensington and Chelsea Council, which owns the building, had done nothing to address the concerns raised.

The Hackitt report recommends that residents should have a clear, quick and effective route for communicating their concerns and that they should be responded to and addressed promptly;

“The mindset of doing things as cheaply as possible and passing on responsibility for problems and shortcomings to others must stop.”

“the regulatory system for safely designing, constructing and managing buildings is not fit for purpose. The current system is highly complex and there is confusion about roles and responsibilities at each stage. In many areas there is a lack of competence and accreditation.

“While this does not mean all buildings are unsafe, it does mean we need to build a more effective system for the future. That is why I am today calling for the construction industry, building owners, regulators and government to come together to identify how to overcome these shortcomings together.”

The interim report sets out six broad areas for change:

Dame Judith consulted widely in developing her Interim Report and has talked to over 300 people. Overwhelmingly the view that has been expressed is that the system urgently needs improving and it needs greater clarity. She will continue her consultations in the coming months before making her final recommendations, in the hope and expectation that her recommendations will bring significant improvements to the system.

“…I have been deeply affected by the residents of high rise buildings I have met and I have learned so much from them. These buildings are their homes and their communities. They are proud of where they live, but their trust in the system has been badly shaken by events of the last few months. We need to rebuild that trust.

“The quicker we can get some improvements in place, the sooner we can build that level of reassurance that residents of high-rise buildings absolutely deserve.”

There are some who might criticize Dame Judith as an establishment insider, pointing to the role she has played as chair of the Health and Safety Executive for more than eighteen years, but the fact remains that she has now produced an independent hard-hitting and uncompromising Interim Report that describes the Building Regulations as unfit for purpose and recommends urgent and radical reforms of the entire system. There is no reason to doubt that her Final Report will be any less thorough. The question that remains at this point would therefore appear to be whether the Government, and the Prime Minister in particular, has the stomach for this and whether the political will exists, after years of procrastination, to finally act on Dame Judith’s recommendations.