Posted on July 24, 2017 by grenfellactiongroup 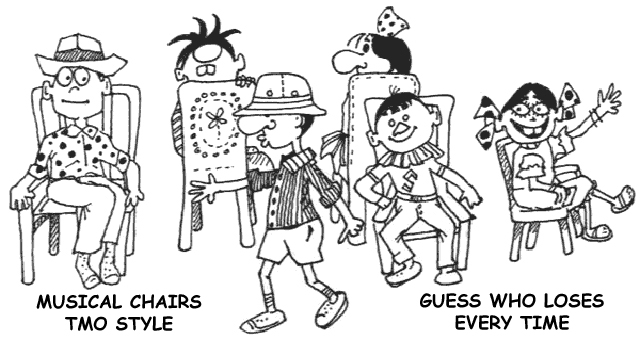 Just a few days ago I received an email from Sinead McQuillan, the latest in a long line of TMO company secretaries, in which she refused my request for a report commissioned by the KCTMO twelve years ago in 2005. I was a member of the Lancaster West Estate Management Board at the time and the report had been commissioned, under extreme pressure from the EMB, following our discovery that two thirds of the emergency lighting units in Grenfell Tower had failed a routine inspection commissioned by the TMO.

The battery packs on which the lighting units depended during an emergency were designed to provide temporary lighting during power cuts and in case evacution was necessary in the event of a serious fire. Two thirds of the emergency lights had failed because the battery packs were long past their expiry dates and had neither been maintained nor replaced for many years. The EMB regarded this at the time as a very serious matter. The consultants report commissioned by the TMO agreed with us and was highly critical of the TMO and its contractors. It found the EMB complaints, which the TMO had dismissed for several months, to be well founded and completely vindicated.

The basis of Ms McQuillan’s refusal, on 14th July, to provide me with a copy of this report was her claim that, as a private limited company the TMO is not subject to the Freedom of Information Act. The email thread detailing the exchanges between McQuillan and myself is reproduced in the blog post immediately preceding this one: “KCTMO – Housing Management for the People, by the People?” and it could reasonably be argued that, given their obvious contempt for the Freedom of Information Act and, by implication, for their clients in the Council owned social housing they control, the KCTMO have forfeited any moral right to the claim that they are a ‘Tenant Management Organisation’. They still retain a token representation on their board of compliant and mercenary elected tenant members who draw inflated expenses payments far in excess of the measly amounts that were previously allowed to EMB members, who were constantly undermined and disempowered by the TMO, working in collusion with the RBKC Council.

The Council’s refusal to honour the Management Agreement it had signed with the EMB in 1993, several years before the creation of the monstrous KCTMO, had created the conditions under which, with the Councils’s active collusion, the KCTMO could strip the EMB of all its powers. In our opinion and, in that of most TMO residents who have had to endure TMO incompetence and negligence for many years, tenant board members are mere ‘scabs’ who serve only to confer a spurious legitimacy on a self-serving TMO bureaucracy, which has been propped up and enabled by the Council it serves and has never had a shred of legitimacy or integrity – a fact that has been common knowledge among its clients for many years and has finally been publicly exposed by the Grenfell Tower catastrophe on 14th June.

So, what about the Freedom of Information Act, under the provisions of which one might reasonably expect the TMO to disclose infomation relating to fire safety and other health and safety issues to the residents of the Council owned social housing they control?

The KCTMO website includes a page entitled ‘Access to Information’ which, until very recently, contained the following statements:

We are required to supply, on request in writing and subject to availability, information held by KCTMO, for RBKC, on the services provided on behalf of RBKC.”

At some time during the few days since McQuillan refused my FOI request the text of that page was changed so that it now reads:

“Although the TMO is a private body and not subject to FOI, we are required to supply to RBKC any information RBKC may require in order to comply with its legal or regulatory obligations including any obligation under the FOI.

The TMO also operates its own transparency agenda even though FOI does not apply directly to it. This means that the TMO will disclose information where it can, but reserves the right not to disclose if it is reasonable to do so, for instance protecting the commercial interests of the TMO, or the interests of third parties, or where disclosure might affect criminal, regulatory or other investigations.”

In December 2014 the co-editor of the Grenfell Action Group blog, Edward Daffarn, wrote to the KCTMO requesting information under the Freedom of Information Act, specifically copies of minutes of the monthly meetings between the TMO, their contractor, Rydon, and the project architect, Studio E, at which matters pertaining to the planned Grenfell Tower Improvement Works were discussed. His request was refused by McQuillan’s predecessor Fola Kafidiya who claimed that this information;

Strangely Ms Kafidiya, in the same email, went on to invoke one of the few exemptions allowed under the Freedom of Information Act (section 43 subsection 2), claiming that;

Mr Daffarn replied challenging the transparently absurd basis of Ms Kafidiya’s decision, pointing out that the TMO’s only role or function is the managment of the housing stock owned by the local authority, the Royal Borough of Kensington and Chelsea, and that all information they hold is therefore held on behalf of the local authority and cannot be exempt from the Act. Mr Daffarn requested a revision of the refusal to disclose on this basis.

Within a couple of days (hardly enough time to have conducted the genuine and thorough review required by law) he received a final refusal from Ms Kafidiya. Surprisingly, she had now abandoned all pretense that the TMO were exempt from the Freedom of Information Act and offered instead the following reason for the TMO’s refusal;

“Although Rydons is providing a service in the public interest, the TMO’s commercial communications with its contractors are sensitive and the disclosure of such commercial communication would, or would be likely to, prejudice the commercial interests of the contractor. By virtue of section 43(2) of the Freedom of Information Act, such information is exempt from disclosure. As a result, we are unable to disclose the information you have requested. In accordance with the Freedom of Information Act 2000 this email acts as a Refusal Notice.“

It is interesting to note that Mr Daffarn later made another FOI request to Ms Kafidiya in May 2016. This time he requested a copy of a report presented by the TMO to the Housing and Property Scrutiny Committee at RBKC. This time he received a positive reply:

“Further to your request under the Freedom of Information Act 2000, the report presented to the RBKC Scrutiny Committee is attached for your consideration.

Should you be unhappy with the handling of your request, you have a right to complain to the Information Commissioner who is responsible for ensuring compliance with FOIA.

She resigned from the TMO shortly after this last exchange with Mr Daffarn but it is interesting to see what her Linkedin profile now says about her period as Head of Governance & Company Secretary at the KCTMO. It claims that she;

“…ensured that the group complied with the Data Protection Act, Freedom of Information Act and other legislation relating to access to information of public bodies.”

(Please note that we had originally provided a link to Ms Kafidiya’s Linkedin profile at this point, but the profile in question no longer exists – it would seem likely that Ms Kafidiya was made aware of this embarrasing slip on her part and had the profile removed.)

Further evidence that the KCTMO is, and always has been, subjecd to Freedom of Information legislation can be found in the FOI Publication Scheme (a mandatory element of compliance with the legislation by public bodies) which which was first published by the TMO in 2005 and is downloadable from the TMO website. NB In case the new company secretary should decide, on reading this blog, to pull another fast one by deleting this document also we have uploaded our own copy which we downloaded earlier:

However the report from 2005 that I requested has never, as far as I can tell, been in the possession of the Council, and the responsibility for acting on its recommendations fell not to the Council, but to the TMO who had commissioned the report in the fiirst place. Those recommendations included a complete replacement of the emergency lighting system at Grenfell Tower and an improved system of inspections and checks of the new system. The first of these recommendations was implemented, but serious doubts must surely remain as to whether an improved inspection system was ever implemented and, if so, was sustained in the longer term. Radical changes to the management culture at the TMO were also recommended, and we all know what became of that idea. Nada! Zilch! SNAFU!

We are now left with a bizarre game of musical chairs in which TMO residents always lose because the rules of the game are set by the TMO and interpreted by the TMO. This includes their policy on the Freedom of Information Act, responsibility for which the TMO sometimes whimsically accepts, and more often rejects on the contrived pretext that the TMO is not a public body and is therefore not answerable to the public it serves and to whom it supplies all housing services, including fire safety and all health and safety services.

There is nothing funny about this particular ‘game’ of musical chairs. A great many people died in the most terrible way on 14th June. The bereaved of that night, and many of the ‘survivors’, are terribly traumatised and will carry the psychological scars of that night for the rest of their lives. Now we have the KCTMO, deeply implicated in the criminal negligence that caused all this, refusing to disclose information they hold on any pretext they can find.

To whom should we now turn for answers?

To Martin Moore-Bick?  I don’t think so!