Posted on December 3, 2014 by grenfellactiongroup 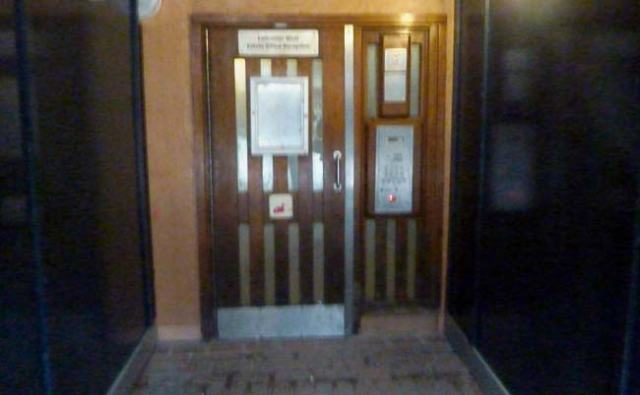 It appears to the tenants and leaseholders of Grenfell Tower that the TMO and their building contractor, Rydon, have chosen to treat the health and safety of residents with total contempt by repeatedly failing to respond to requests to repair the locking system to the front entrance of our building. For many months now, in spite of repeated requests by individual residents to the TMO to rectify the problem, the front door of Grenfell Tower has remained unlocked thereby granting access to our property to all and sundry.

Grenfell Tower’s internal stairwell is now a magnet for local youth and drug and alcohol misuser’s and the total lack of security on our property to stop these anti-social gatherings is an utter disgrace that should bring great shame on the TMO who have a duty of care to protect the wellbeing of all residents in this tower block. It seems that Siobhan Rumble (LW Estate Manager) and the TMO could not care less about protecting our security despite having a duty to respond to safety critical matters of this nature within 24 hours.

It is a matter of record that an intruder managed to enter Grenfell Tower over the 2014 Carnival Bank Holiday weekend despite the supposed security organised around Lancaster West. It was only due to the streetwise actions of a local resident that this intruder did not gain access to individual properties. Despite this incident, and the complaints that followed, the TMO have done nothing to repair the security lock on the front door of Grenfell Tower that has been defective since Rydon moved the entrance from the ground floor level to the walkway some three months ago.

Despite receiving many assurances from Ms Rumble and Kiran Singh (TMO Area Manager) that the problem would be fixed as a matter of priority nothing has been done. Mr Singh had previously promised that Rydon would fix the broken lock within ten days of 24th Ocober 2014 but these words have proved meaningless.

It is a shame that the TMO have chosen, yet again, to show their contempt for residents by allowing our homes to become a target for anti-social gatherings and by ignoring residents repeated requests to repair the broken front door security system.

It seems that the TMO are effective in matters that serve their own interests, (eg rent collection) but totally incompetent when it comes to providing even the most basic of services to local residents.