Posted on April 21, 2013 by grenfellactiongroup 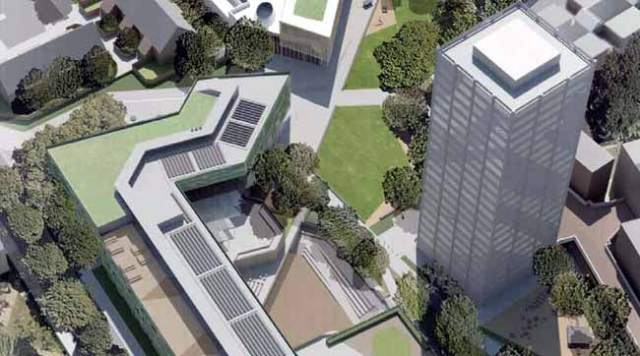 On 2nd May 2012 the RBKC Cabinet was presented with a paper by the Cabinet Member for Housing and Property seeking approval to spend receipts from the sale of empty basements at Elm Park Gardens on a number of housing regeneration projects in the borough. This was all part of Cllr Coleridge’s pet project known as the Hidden Homes Initiative. The Elm Park Gardens sale was projected to return around £8 million in net profits which could then be reinvested elsewhere. The jewel in the crown of this particular plan was a proposal to divert £6 million of this windfall for the regeneration of Grenfell Tower on Lancaster West Estate. This would involve installing a new heating system, new double glazed windows, external cladding of the whole structure, the creation of some new social housing units in disused parts of the building (ie Hidden Homes) the relocation of some community resources in improved premises and some improvements to the public areas surrounding the tower.

Cabinet approved the proposals. Plans for the Grenfell Tower project were drawn up, by the same architects and construction companies that were already handling the KALC project, a period of statutory public consultation followed, and a planning application was submitted by the TMO in September 2012 with a decision date scheduled for 24th December.

However, the ink was scarcely dry on the plans before the original application PP/12/03163 was suddenly withdrawn on 18 October 2012. A new application PP/12/04097 was submitted the following day 19 October 2012, but has made no progress since then towards securing planning permission, and is still awaiting decision. Unsurprisingly, the original decision date in December was missed, but subsequent meetings of the Major Planning Development Committee, scheduled for January, February, March and April were all subsequently cancelled. To date, residents have not been informed of these delays, and no explanation has been offered, either for the withdrawal of the original planning application, or for the subsequent delays. The application appears to have been quietly buried, the whole project is stuck in a kind of Limbo, and no-one who lives at Lancaster West has any idea what is going on.

Eventually, some of the local resident groups grew impatient and began querying all of this, notably the Grenfell Leaseholders Association, and of course ourselves, the Grenfell Action Group. After the usual series of false starts we eventually succeeded in eliciting a response of sorts from Councillor Coleridge, whose pet project the Hidden Homes initiative is. On 8th April he wrote to us with the following:

“As you know we have announced that we have total funds available of just over £9M for the refurbishment of Grenfell Tower and the new homes and improvements about the lower floors and base of the Tower.

You will appreciate that to carry this out we need to have a design submitted by an architect and then to agree the price with the contractors. This process takes time as a contract of this nature is complex to price and negotiations do go back and forth, and there are more than one view on what it should cost. These negotiations are still on going. When they are concluded planning will be sought and work will begin. I hope they will be concluded very soon, but it must be within the budget available.

I know you are keen to know when work will start, but clearly work can only start when a contract is sound and financially tested.”

We weren’t satisfied with this reply for a number of reasons, not least because it raised far more questions than it answered, and so we wrote back to Coleridge querying the discrepancy between the £6 million quoted in the Cabinet report and the £9 million quoted in his email. He replied immediately claiming that the actual figure is £9.4 million and is made up of a contribution of £6 million from the Elm Park Gardens sale, with the balance coming from the Housing Revenue Account (ie from the TMO’s annual capital expenditure budget).

This seems fairly plausible at first glance, but becomes far less so once it has been unpicked. Councillor Coleridge claimed, for instance, that the budget had not been revised upwards from £6 million, but had always been £9.4 million. This is simply not true. The Cabinet report from May 2012 clearly states a figure of £6 million, and states that it was based on an estimate produced by the TMO which had included all of the various components of the scheme. There is mention of a HRA contribution to the cost of the replacement heating sytem, but this is contradicted elsewhere.  For instance, the minutes of the TMO board meeting held in July 2012 states that:

The TMO denial of HRA funding is also echoed in an information pack recently circulated by them to applicants for a contract manager post they are currently advertising. This document, dated March 2013, states that:

“The role of asset management has increased to include a programme of hidden homes and a larger £8m regeneration scheme (funded separately from the capital programme) of one of the tower blocks.”

This is clearly a reference to Grenfell Tower, and further undermines Coleridge’s claim to have HRA funds to supplement the Grenfell Tower budget. However, more worrying for residents of the greater part of Lancaster West is the following from the same TMO information pack:

“The current size of the capital programme is £9.2m with a further £7m available each year for the next 4 years. At present this programme is covering basic health and safety, legislative requirements and some decent homes work….there is a gap in terms of funding for investment in the stock over the next 5 and 30 year plan.”

This is bad news for anyone at Lancaster West who might have hopes or expectations that the Grenfell Tower project will be followed by other improvements to this estate, notably the provision of a long awaited and desperately needed new heating system. Indeed, the minutes of the Council’s Housing and Property Scrutiny Committee, which met in September 2012, addressed this specific issue:

“The Committee noted the current Capital Programme (around £7 million per year) would only be able to pay for essential repairs, not new heating systems.” (page 6)

Returning again to our starting thesis, we must also point out that the figure of £9.4 million quoted by Coleridge appears nowhere in the official documents. It does not appear in the Cabinet report from May 2012, nor in any subsequent Cabinet reports or minutes, and nor is there any discussion of the Grenfell Tower budget, nor of any revision of it, in the reports or minutes of the Housing and Property Scrutiny Committee, throughout this entire period from May 2012 onwards.

The obvious conclusion to be drawn from all of this is that the Grenfell Tower budget estimate does indeed appear to have been revised upwards by more than 50%, but we can find no evidence that this revision was ever formally approved by Cabinet or any other body. This leads us inevitably back to Coleridge’s email of 8th April 2013 and what he said about negotiating prices with the contractors. Just to remind you, he said that:

“…this process takes time, as a contract of this nature is complex to price and negotiations do go back and forth, and there are more than one view on what it should cost…”

He also stressed that these negotiations are still ongoing, and that planning permission can not, and will not, be sought until they are completed.

The problem with this gobbledegook is that, right from the start, the Council decided to forego the normal process of competitive tendering and best value controls in appointing the team who have been tasked with delivering this project  – Max Fordham’s and Churchman’s architects, Curtins Consulting, Taylor Young and, last but not least, the construction contractors Leadbitters. Instead they simply gifted the whole project to the same team of architects, and other contractors, who were already delivering, the KALC project.

The rationale for this corner cutting was supposedly to save time and money, and guarantee quality, by seamlessly integrating delivery of both projects, in which case they should not now still be haggling over costs and budgets a full seven months after the Grenfell Tower planning application was submitted. Indeed, the fact that the planning application has long since been submitted (in October 2012) strongly implies that all the contractual negotiations had been satisfactorily resolved at that time. This was certainly the impression that was conveyed to the residents of Grenfell Tower and of Lancaster West Estate generally.

SO WHAT ON EARTH IS GOING ON HERE?

Was the original estimate so flawed and incompetent that it had to be revised upwards by nearly three and a half million pounds?

Did a bidding war break out in which the contractors have been ruthlessly abusing their favoured position to blackmail the Council for more money?

Have rising costs made this whole project unviable from the Council’s perspective, and are they now quietly conspiring to pull the plug?

The next meeting of the Major Planning Development Committee is scheduled for 21st May.

In the meantime Councillor Coleridge needs to reassure the Lancaster West Community that the Grenfell Tower application will be decided on that date.

He also needs to provide a full clear and unambiguous explanation of what has gone on thus far, along with an absolute guarantee of an immediate end to all delay and procrastination.

AT THIS STAGE NOTHING LESS WILL DO.